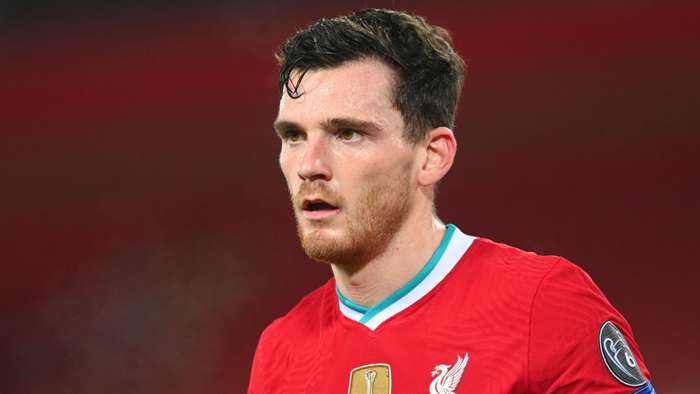 Liverpool defender Andy Robertson has admitted that his side are not in the title race at present after a dismal 1-0 home defeat to Brighton on Wednesday.

Liverpool struggled to generate much in attack all night, managing just one shot on target.

The loss kept the Redsseven points behind Manchester City, who also have a game in hand over last season's champions.

Liverpool appear a long way off the blistering pace they set last season, with their attack at home looking particularly poor of late.

The Redshave failed to score in three consecutive home league games for the first time since October 1984, with their scoreless run at Anfield now reaching 348 minutes.

Speaking to the BBC after the match,Robertson admitted his side were second best on the night against Graham Potter's relegation-threatened outfit.

“Brighton were the better team. We were hugely disappointing all over the park," the Scotland international said."You have to give the team credit for playing well. They created chances, pressed us – did everything we wanted to do.

“We didn’t really do anything of note. With a long record of going unbeaten we’ve lost two in a row at home. When you don’t show up you don’t get results.

“We prepare for every game different. It’s just not clicking. We need to find a way to get results, especially at home. You can do everything in training."

Next up for Liverpool is a home match against ManchesterCity on Sunday, with Robertson confessing his sideare a long way from challenging for a second straight Premier League crown.

“Any game against Man City is a big one," Robertson continued."As this moment stands, we’re not in the title race. We are seven points behind them and they have a game in hand. I’m sure they’d say the same if they were potentially 10 points behind. We need to get back to the Liverpool everyone knows.

“We’re still a good team. We don’t turn into a bad team overnight.”