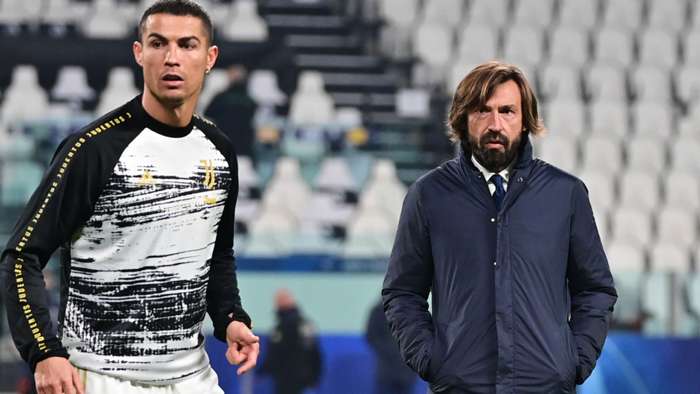 Juventus head coach Andrea Pirlo has defended his decision to subCristiano Ronaldo out of Tuesday's win over Inter, despite the Portugal star being unhappy aboutbeing taken off the pitch.

Juve would go on to win the match 2-1 at San Siro, taking a vital advantage into next week's second leg in Turin.

After the game Pirlo was questioned about his decision to take Ronaldo off in the 77th minuteand said that he felt the need to rest his team's star, who turns 36 on Friday.

“It’s normal that when you go out in a match like this you want to play to help the team," Pirlo told Rai Sport.

“There is no contract clause that says he can't be subbed off. He knows he is a fundamental player for us but to get his breath back, he must always be at the top.

“He proved it with his performances after some criticism. He couldn’t have done better than that.

"I said to himthat he had to rest, we have an important match on Saturday. He has played many consecutive games, every now and then a little rest is good for him.”

After Inter beat Juve 2-0 in Serie A play just two weeks ago, Pirlo was happy to see his side bounce back against a tough opponent.

“We weren’t ourselves against Inter in the league, that was a slip-up, but it was also a valuable lesson and we worked on the mistakes that were made in that game,” Pirloadded.

“This is just the first round, we haven’t achieved anything yet. What this does prove is that if we are fully concentrated, it becomes difficult for anyone against us. We know our strength.

“It’s not easy to maintain this intensity when playing practically every day. I saw a great reaction after going behind."