How much are football managers paid? 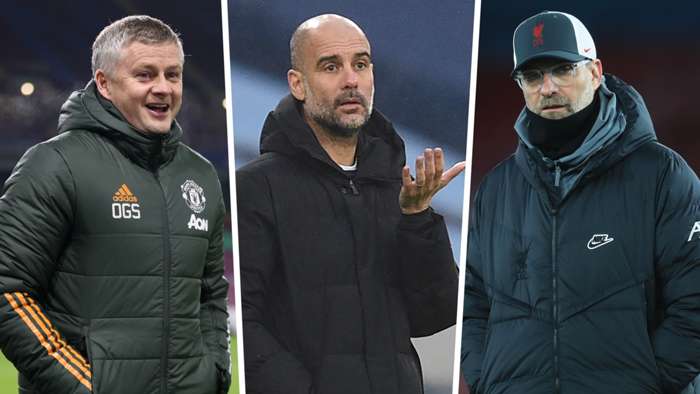 Elite-level footballers plying their trade in the world's top leagues are handsomely remunerated for their services and nowadays so too are the managers they play under.

The stature and monetary might of a club plays a part, while a manager's track record and reputation certainly matters as well.

So how much do football managers get paid?

Household names such as Jurgen Klopp, Pep Guardiola and Jose Mourinho are at the top end of the spectrum when it comes to highest-earning football managers.

When Manchester City recruited Guardiola as manager in 2016, the Catalan's contract was reported to be worth in the region of £15 million ($19m) a year, which works out at around £290,000 a week.

That annual salary was said to have been bumped up to £20 million ($27m) a year when Guardiola agreed to extend his deal with the Premier League club in 2020, making him the highest-paid manager in the league.

Mourinho is believed to have similar earning power to Guardiola, which is of little surprise given the level of success that the Portuguese has delivered at previous clubs.

Having won trophies at every club he has managed, Mourinho's reputation, though sometimes divisive,is such that Tottenham are reportedly willing to pay him £15 million ($19m) a year.

Klopp's wages at Liverpool are at a similar level - £15 million a year -with the former Borussia Dortmund boss' achievements in the Premier League and Champions League arguably justifying his cost.

Based on data from sportekz.com

Such is the charisma and appeal of managers like Klopp et al that very often they are able to make even more money outside of football through endorsement deals.

Mourinho famously teamed up with betting company Paddy Power for a series of advertisements, while Klopp has promoted a variety of products, including Opel cars andErdinger beer.

The base salaries of managers such as Klopp, Mourinho and Guardiolaare comparable to high-earning players in the game, such as Paul Pogba and Mohamed Salah, though they fall significantly short of the money paid tothe likes of Cristiano Ronaldo and Lionel Messi.

The contract Manchester United handed to Ole Gunnar Solskjaer in 2019 was reported by the Daily Mirror to be worth £7.5 million annually - half that which Mourinho et al are paid.

Solskjaer had only managed Norwegian side Molde and Welsh outfit Cardiff City prior to his appointment at Old Trafford, yet the Red Devils saw fit to reward him with a contract that was similar in remuneration to that which Leeds United paid veteran coach Marcelo Bielsa.

Arguably, Leeds - a club whose financial power pales in comparison to Manchester United - paid a premium for Bielsa, who is reported to earn £8 million a year, whereas the Red Devils paid what might well be their going rate for a manager.

While the salaries of managers at clubs further down the table are lower than the aforementioned trio, their pay is still relatively lucrative.

Despite it being his firstjob in management, Mikel Arteta was given a contract worth £5 million ($6.8m) a year at Arsenal according to the Daily Express,a figure that places him in the same leagueas former Liverpool and Celtic boss Brendan Rodgers at Leicester City.

Managers at less fashionable clubs in the Premier League, particularly those which traditionally toil in the lower half of the table, earn a fraction of the money that their more vaunted peers get.

However, the figures are still similar to the average wages that would be earned by players in the division. Sean Dyche was given a new contract by Burnley in 2018 worth £70,000 a week or £3.6 million a yearaccording to The Times - which actually saw him earn more than the Clarets' highest-earning players at the time.