Forest farce: When results don’t match the Powerpoint, gamble Milton will be in trouble 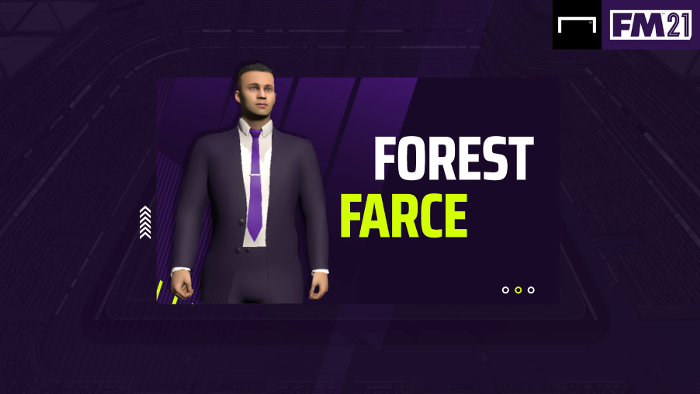 Summing up his disdain for long-ball football, Brian Clough once famously declared that, ‘If God wanted the game to be played in the sky, he’d have put grass up there.’

Forest can dress it up how they like, but the appointment of Nathaniel Milton represents a farcical chapter in the history of an institution that, frankly, deserves to be treated better by its custodians, who seem more keen to play fantasy football than workin the real world.

Appointing fresh-faced managers who promise to reinvent the game may be a fashionable trend of the modern era, but appearances count for jot in football. Results are the bottom line, and the club hierarchy are setting themselves up for a big fall with a gamble as reckless is this.

Forest’s decision caught many by surprise - and with good reason! While Milton no doubt has plenty of laudable attributes, his CV, remarkably, lacks a single proper managerial role.

Insiders have revealed some superfluous tweaks to a players’ Code of Conduct that served his predecessor perfectly well, and that he spent almost the entirety of his first day in charge by working through the intricacies of his preferred tactic.

During his unveiling, Milton dismissed the idea that his reputation (or lack thereof) would have a detrimental effect on his capacity to carry out the job and he certainly delivered a polished performance in front of the press, saying all the right things.

“I can’t stop smiling, this is a wonderful feeling,” Milton told the press excitedly, with outstretched arms. “I’m very excited; this is a great club and I can’t wait to get stuck in.

“We want winning to be ingrained in the culture of this club, so if it’s there to be won, we’ll compete for it.”

However, while winning competitions with Loughborough University is commendable and compiling reports for Brendan Rodgers is certainly valuable work for aspiring coaches, these things simply do not add up to the sort of experience required to compete in the Championship, let alone win it.

Indeed, when you consider the field of potential candidates available to Forest’s owners, the decision to hire such an unproven manager is all the more baffling.

Clawing your way out of the Championship is notoriously difficult and anyone in football will tell you that there is plenty of truth to the saying that you go with the old dog for the hard road.

Mick McCarthy was available and believed to be interested. Ok, his time in Cyprus may not have panned out as he had hoped, but the former Republic of Ireland boss knows this division inside out. Or what about Sam Allardyce, Neil Warnock, Tony Pulis, or even Harry Redknapp, who still has an unrivalled eye for talent?

Roy Keane has been linked with the role in the past and, though he tends to be viewed with suspicion by some fans due to his apparent abrasiveness and pundit persona, he did lead Sunderland to the top-flight, not to mention the fact that his pedigree in the game is undeniable.

Milton supporters are already pointing to success stories such as Julian Nagelsmann, Daniel Farke and Eddie Howe, but what tends to be forgotten is that those guys are ultimately outliers.

Having finally managed a semblance of stability in recent years, with a few promising play-off pushes, Nottingham Forest are taking a massive risk and could soon find themselves teetering towards the dark days of Joe Kinnear and Gary Megson.

They may have a hip head coach at the helm now, but when things don’t work out like they did in the Powerpoint presentation, Nottingham Forest will soon learn that relegation is far from vogue.