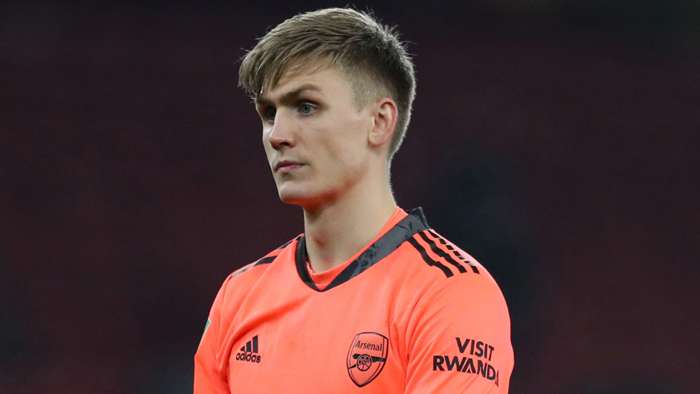 Mikel Arteta has backed Alex Runarsson to cope with the pressure if he has to start in goal for Arsenal against Aston Villa on Saturday.

And with January signing Mat Ryan currently struggling with a hip problem suffered in training, that could mean a first Premier League start for Runarsson, who replaced Leno for the closing stages at Molineux.

The Icelandic keeper has come in for plenty of criticism this season for some of his performances, especially after the Carabao Cup quarter-final defeat against Manchester City when he made a huge error which led to a goal.

But Arteta says that is just something goalkeepers have to deal with ata big club and the Spaniard insists everyone at Arsenal will be behind the 25-year-old if he has to start against Villa this weekend.

“We are here to support him,” said the Gunners boss. “Alex has played some games already here, he has played some good games. He had a difficult game against Manchester City. The other night he came on and I think he did well.

“Alex works really hard. He has fit in really well around the dressing room.

“He is a really nice boy, really humble, and he needs to be away from all the comments and focus on his work, focus on improving. And when he has got the chance to, perform in the best possible way.”

Runarsson joined Arsenal from French side Dijon and was supposed to be one of two new goalkeepers to arrive during the summer.

Brentford keeper David Raya was also a target and should he have arrived, he would have been in direct competition with Leno for the No.1 spot, with Runarsson as the third choice.

But Arsenal failed to get a deal done for Raya, with Brentford refusing to negotiate, and that has led to Runarsson playing more games than he was expected to at the start of his Gunners career.

Some high-profile errors have led to fierce criticism, but Arteta says that is something that goes with the territory of playing for a club like Arsenal.

“This is what you face when you play for a big club,” he said. “People expect when you go out there for you to give your best and perform at the top level - and if you don’t you are going to get criticism.

“You knowbefore you join the clubthat you are exposed all the time to critics and, as well, if you do really well everybody is going to be praising more than at any other club.

“You have to be able, if you want to play here, to handle that pressure.”

If Ryan, who has yet to return to training following his hip injury, isn't ready in time for the weekend, that will mean a start for Runarsson just days after he was left out of Arsenal’s 25-man squad for the Europa League knockout stages.

But Arteta does not expect that to be a problem and says the goalkeeper knew his place in the pecking order when he arrived at the club in the summer.

“We had a plan on the goalkeeper's position in the summer and we could not execute the plan the way we wanted because of different reasons.