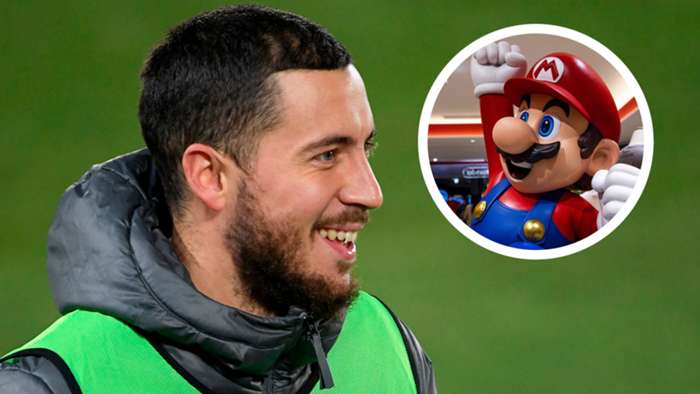 Eden Hazard boasts the natural ability of Lionel Messi but lacks the “ambition” to be the best in the worldsays Filipe Luis, with the former Chelsea defender revealing the Belgian would “be playing Mario Kart” five minutes before a big game.

“Eden, along withNeymar, are the best players I have ever played alongside – up there with Messi”, Luis, who worked alongside Hazard at Stamford Bridge, told the Daily Mail.

“He didn’t train well, five minutes before the game he would be playing Mario Kart in the dressing room. He would warm-up without tying his bootlaces up. Then no-one could take the ball off of him. He would dribble past three or four players and win games on his own.

“Hazard has so much talent. Perhaps he lacks a little bit of ambition to say: I am going to be the best player in the world. Because he could be.”

Luis is well placed to comment on heirs to Messi’s throne as he has faced the iconic Argentine on several occasions down the yearsfor club and country.

He feels he has always fared admirably in those meetings, saying of his battles with the Barcelona superstar: “One day I would like to ask Messi what it felt like playing against me. I approached it as the most important game in my life against him because he was the best player I have seen play.

“Messi had a thing – and I studied him a lot – that was very important. He improvises. He doesn’t have the dribble in his mind before the ball gets to him. He watches the defender’s movement and depending on your body position, he goes one way or the other. So first I tried not to let him receive the ball.

“When he received with his back to me, there would be a hard challenge and because he’s so strong, so resistant, because he doesn’t go down looking for fouls, the foul is not given away.

“If he receives the ball facing you, one on one, it’s impossible because of that improvisation he has. You can’t plan for it, because he is watching you and can change. I would fake to make one challenge, one side, to try to make him go the other way, where I really wanted him.

“In fact Barcelona called me towards the end of his time at Atletico so I think he must have liked my football. I’d like to know his opinion one day. My best games were always against Messi, for sure.”

Questions are currently being asked of Messi and Hazard, with their futures falling under the spotlight.

The six-time Ballon d’Or winner at Camp Nou continues to run his contract down towards free agency, with Manchester City and Paris Saint-Germain said to be keeping a close eye on that situation.

On the other side of theClasico divide, Hazard is enduring another testing campaign in Madrid – his second since making a big-money move from Chelsea – with just 13 appearancesacross all competitions as he struggles for form and fitness.