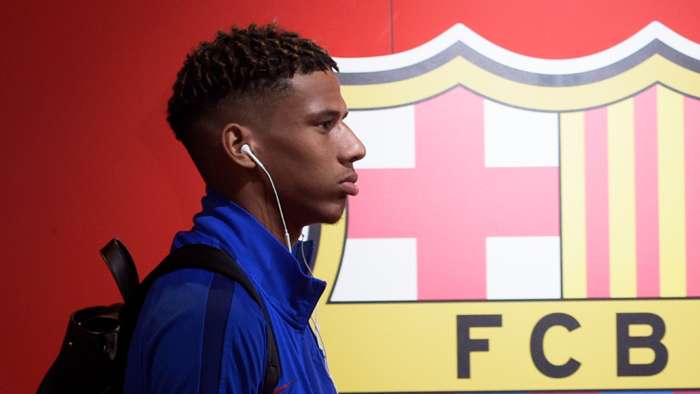 Jean-Clair Todibo admits to paying little attention to goings on at Barcelona after being sent out on loan again, with the defender, who is seeking a permanent transfer in the summer, saying that struggles at Camp Nou in 2020-21 are “not my problem”.

Todibo is currently back in his homeland at Nice and admits that he would like to see a deal done that prevents him from having to head back to Catalunya at the end of the current campaign.

Todibo told reporters on his future at a press conference looking ahead to a Ligue 1 meeting with Nimes on Wednesday: “I don’t know if it is sorted (for next season), but it is an ambition of mine. So I strongly hope it happens.

“My individual performances will determine if I stay here or not. Nothing is done.”

He added when quizzed on goings on back at Barca: “Without lying to you, I am not strongly interested in what’s going on.

“I watch matches from time to time when my French colleagues play like Ousmane Dembele, Clement Lenglet or Samuel Umtiti.I watch just because I consider them to be friends. But aside from that I am not necessarily following them.

“I am focused on OGC Nice, that is most important for me. What good does it do to dream of the Barcelona defence when at the weekend I play vs Rennes or Nimes?

“The most important thing is to focus on those matches. They are matches that will bring points for Nice. Today I am a Nice player, I am not a Barcelona player.”

He went on to say of Barca’s struggles for consistency, which have included a 4-1 defeat to Paris Saint-Germain in the last 16 of the Champions League: “A Champions League comeback? Honestly, that doesn’t interest me at all.

“I hope for them that they will do it. They either do it, or they don’t. That is not my problem if you know what I mean.”

Todibo linked up with Barca in January 2019, with a deal that was due to see him move to Spain as a free agent that summer brought forward.

He was handed the No.6 shirt at Camp Nou and was expected to be a long-term option for the Blaugrana at the heart of their defence.

Just two competitive appearances were seen in his debut campaign, though, before seeing the same number of games for Barca the following season.

With minutes in short supply, Todibo was allowed to link up with Schalke in January 2020.

He has since spent time with Benfica and Nice, with the most recent of those deals – which was struck during the last transfer window – including an option to buy.