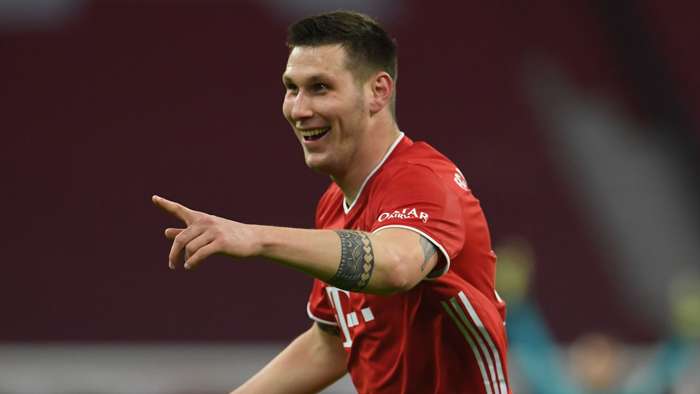 Hansi Flick has offered his backing to Niklas Sule after the Bayern Munich defender was linked with a summer transfer to Chelsea.

Sule, who is under contract at the Allianz Arena until 2022, has made 20 appearances in all competitions for Bayern this season, but has only started two of the club’s last six Bundesliga fixtures.

HoweverFlick provided words of support for Sule, who suffered a serious knee injury last season, and suggested that the Germany international’s ability to play in different positions in defence made him a valuable player to have in the squad.

"Niklas is an absolute option, whether in the centre or full-back position," said Flick. "He did well at Schalke in a 4-0 win last month when Sule played at right-back. Don't forget that he had a long injury.

"Niklas is a fast player who is calm on the ball and helps shape the game from the back. Given his size, he has absolute strength and I'm glad he's on our team. We will see how everything develops and how he sees his future. I am satisfied with his development, you can rely on him."

Meanwhile, Flick confirmed that Bayern are still waiting for Leon Goretzka and Javi Martinez to return negative coronavirus tests before he can bring them back into his plans.

Martinez’s period of quarantine is due to finish on Wednesday, with Goretzka due out of self-isolation two days later, and both midfielders are set to miss Friday’s game against Hertha Berlin.

"With Javi and Leon it is the case that we do a test after the quarantine, I can't comment on that because I don't have the results," added Flick.