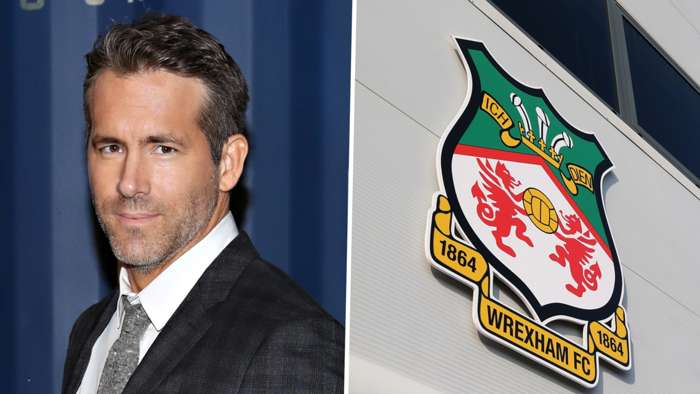 Hollywood starsRyan Reynolds andRob McElhenney have completed a takeover of National League side Wrexham AFC, the club have announced.

Reynolds and McElhenney initially announced in September 2020 that they were interested in purchasing the Welsh club.

Reynolds is a film star from Canada who is perhaps best known from his roles in the "Deadpool" franchise, earning aGolden Globe nomination for Best Actor in 2017.

McElhenney is best known as thecreator and one of the stars of the TV show "It’s Always Sunny in Philadelphia."

Wrexham, who play inthe fifth tier of theEnglish football league system, were founded in1864 and are thethird-oldest professional football club in the world, as well as the oldest Welsh club.

In 2007-08, the club were relegated from League Two and have been in the fifth-tier National League since that time.

“It is a special day for the two of us to become the latest stewards in the long and storied history of Wrexham AFC," the duo said in a statement on the club's website.

"Together with the players, the staff, the fans, and the local community, we can now pursue our goal to grow the team andreturn ittothe EFL infront of increased attendances, and in an improved stadium, while making a positive difference to the wider community in Wrexham.

“Wrexham AFC is only in a position to thrive because of the incredible efforts of the Wrexham Supporters Trust. Their members are a fitting reflection of the integrity and spirit of the town and they will always have an important role at the club."