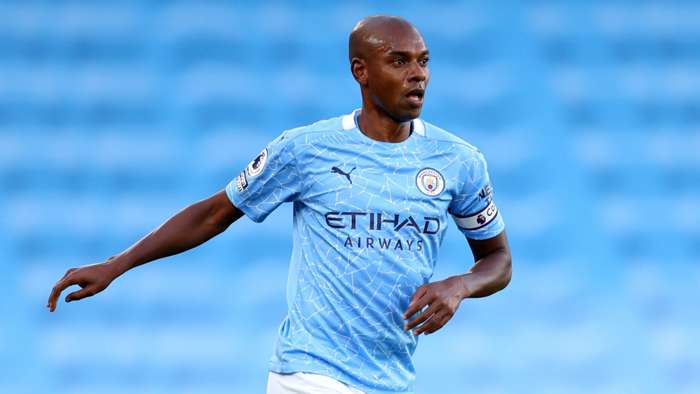 Manchester City captainFernandinho remains an integral presence for the club despite his relative backseat role, assures Pep Guardiola, hailing the midfielder as vital "since day one" of the Spaniard's arrival.

At 35,Fernandinho - who arrived at the Etihad Stadium in 2013 - is very much an elder statesman of the City squad, frequently found this term playing second fiddle to Rodri, but his manager has now hailed his skill and impact within the side.

"What a game he played without the ball, winning duels," the Spaniard stated when asked about Fernandinho's performance in his post-match press conference.

"He has been injured and Rodri has been superb,but what a game he played today.

"I will always remember him. I have been together with him since day one and he has been so, so important."

Guardiola further hailed the playmaker's self-awareness, stating that his limited use as something of a cameo performer this term has only increased his impression and works to the player's advantage.

"He knows his body perfectly and knows what he has to do in each moment.," he added. "He knows when to talk, the rhythm we have to play. He is so clever in these terms. For 35, he plays just one game a week, it's perfect for him."

It is a testament that, in a squad packed firmly with talent to the point of bursting of the seams,Fernandinho has frequently stood out for City since his arrirval, playing an integral role in their three Premier League title triumphs since.

Such is the respect he commands, his team-mates chose him to succeed David Silva as club captain ahead of the current season, a role that he has reportedly relished on-and-off the field.

Fernandinho will hope that his chances coincide with future big game clashes for City, such as April's Carabao Cup final and the potential of a promising Champions League run - but his professionalism and dedication to the club above himself means that he will be a key aide for Guardiola regardless of whether he is picked or not.