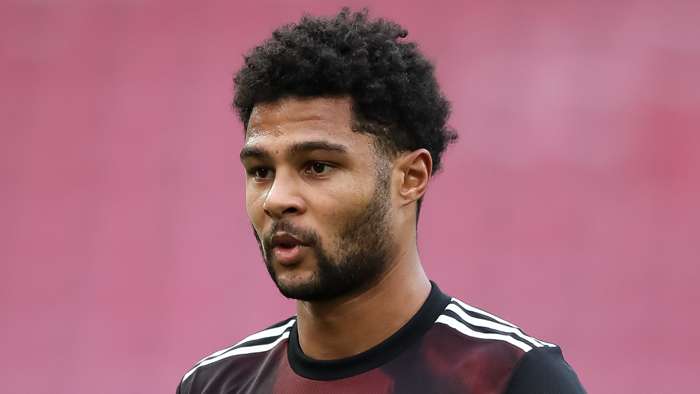 Bayern Munich are set to be without Serge Gnabry “for the foreseeable future” afterthe Germany international picking up a thigh injury at the FIFA Club World Cup.

No timescale has been put on Gnabry’s absence, but he will be stuck on the sidelines for quite some time.

“FC Bayern will have to do withoutSerge Gnabryfor the foreseeable future,” read a statement released on the club’s official website. “The forward tore a muscle in his left thigh in yesterday's1-0 triumphin theFIFA Club World Cupfinal against Tigres UANL.

“The injury was confirmed following an examination by the FC Bayern medical unit.

“Gnabry has played in 28 of 32 competitive matches so far this season and scored six goals.”

Along with the six goals that Gnabry has recorded in the 2020-21 campaign, he has also provided four assists.

He has become a key part of Flick’s plans, with the former Arsenal academy graduate seeing his stock soar on the back of his2017 switch toAllianz Arena.

The 25-year-old has played in 18 of Bayern’s 20 Bundesliga fixtures this term, making the starting XI in 16 of those outings.

With Gnabry ruled out, it could be that he misses important games in domestic and continental competition.

Bayern, who now have six titles to their name, have already slipped out of the DFB-Pokal this season. They are, however, looking to defend their Bundesliga crown and will be back in action on Monday against Arminia Bielefeld.

Flick’s men will then travel to Eintracht Frankfurt before facing Lazio in the first leg of theirChampions League last-16 encounter on February 23.

By the time of thereturn date of that contest, Bayern will have played host to old adversaries Borussia Dortmund – with it yet to be determined when Gnabry will come back into contention.