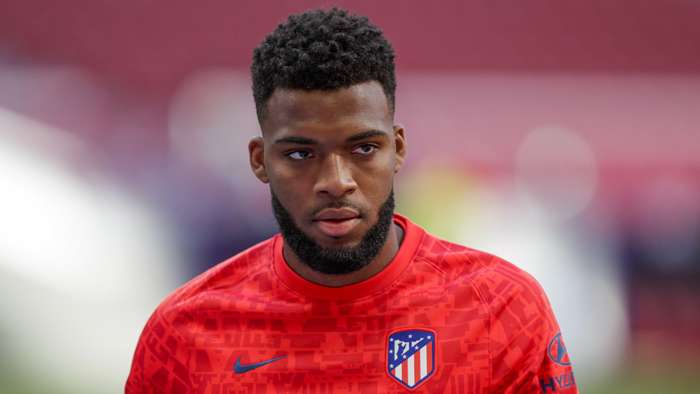 Atletico Madrid could be without Thomas Lemar for the upcoming Champions League match against Chelsea after he and and Hector Herreratested positive for Covid-19.

Atletico could already be withoutattackersJoao Felixand Moussa Dembele for the European encounterafter both tested positive for Covid-19 last week.

The Spanish side now have six players in isolation, asYannick Carrasco and Mario Hermoso tested positive days before Felix and Dembele.

A statement on the club's website read: "Hector Herrera and Thomas Lemar underwent tests on Monday morning ahead of our fixture against Celta, in accordance with La Liga protocol. Both players tested positive for Covid-19. They later underwent PCR tests, which confirmed the results.

"The Mexican and the Frenchman are isolating at home, in compliance with the health authorities’ guidelines and La Liga protocols."

The Atletico stars will be without the six players for Monday's home match against Celta Vigo and they will all have to test negative if they are to have a chance of lining up against Thomas Tuchel's side later this month.

Lemar has played a significant role for Atletico in recent weeks. The France international has made 24 appearances in all competitions and set up a goal in each of their last two wins in La Liga.

Herrera, meanwhile, has started seven of the 13 games he has featured in this season.

Atletico sit top of La Liga and seven points clear of Barcelona and Real Madrid, but have two games in hand over their rivals.

Simeone's side have won nine of their last 10 games heading into the match against Celta. The capital club will then travel to Granada and face Levante twice before they welcome Chelsea to Wanda Metropolitano.