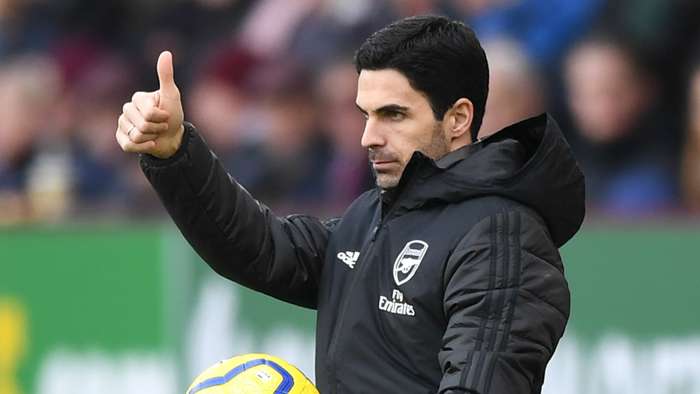 Mikel Arteta says it is “too early” to rule Arsenal out of top-four contention, with the rejuvenated Gunners climbing away from relegation danger to put themselves back in the race for Champions League football.

Serious questions were asked of those on and off the field as nervous glances were shot over collective shoulders at a basement battle unfolding behind those at Emirates Stadium.

A welcome return to form was, however, enjoyed during the hectic festive period and that momentum has delivered 16 points from the last 18 on offer.

Arsenal are now up to tenth, eight points adrift of the top four, and Arteta believes they remain in the mix to secure a return to elite European competition for 2021-22.

The Spanish tactician has told reporters ahead of a trip to Wolves on Tuesday: “I think it’s too early to be ruled in or out because there are a lot of points, you have to be consistent.

“You don’t just depend on yourselves so let’s stick to what we can do, what we can do better and the better we do that the bigger chance at the end of the season there will be to fight for that.

“There are things that are not really in our control at the moment, but many of them are and that’s the things that we have to do as well as possible.

“You see the results every weekend and you go: ‘Wow, very surprised’. And most of the time it’s not one or two, it’s more than that.

“It tells you how difficult the season has been for everybody and how much things can change.

“Look for example at Man City, where they were two-and-a-half months ago and where they are right now and you cannot believe it, but that’s the reality in this league.

“I think it’s the case of the competition in this league and the amount of mistakes that we make for ourselves in crucial moments of games that leads to the team losing those games.

“The moment we corrected that we were much stronger. I think confidence is a big factor and if you’re losing games and cannot explain why then players tend to have bad fears sometimes, or not be that convinced that they can actually win every single game.

“But when you get into a good run of form then it’s completely the opposite and it’s what is happening at the moment.”