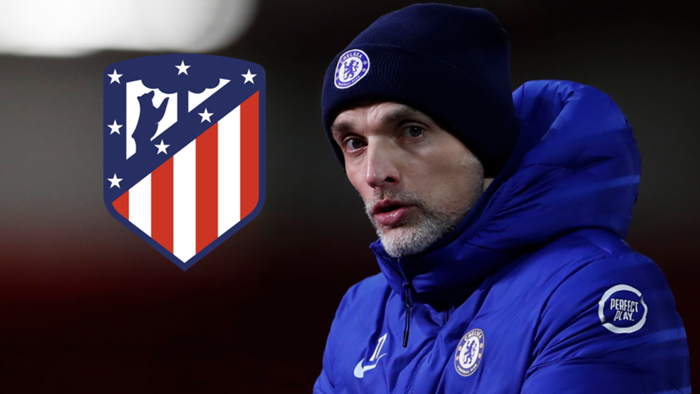 Thomas Tuchel admits that Chelsea have anadvantage after seeing the upcomingaway leg of their Champions League tie with Atletico Madrid moved to a neutral venue.

Atleti were one of many clubs in European competition charged with finding a neutral venue this week after Covid-19 threw up problems for a host of clubs.

"This is the decision; there is no time to doubt and reflect on it. We saw it coming for some days and after this press conference we will deal with the consequences and go to get the best result."

The match will take place on the same date of 23 February and it will kick off at the same time of 8pm GMT. It is understood that the tie at Stamford Bridge currently remains unaffected by the Covid-19 rules which are impacting football.

A statement on the Los Rojiblancos website reads: "Faced with the impossibility of the English team travelling to Madrid after the entry restrictions have been extended beyond the date of the match, Atletico Madrid has sought alternatives in recent days in different countries due to the entry restrictions that affect several territories.

"Finally, taking into account all the conditions of access to the country, availability of facilities, preparation of stadiums and situation of the pandemic, it has been agreed with UEFA that the venue for the first leg is the Nacional Arena de Bucharest."

The Nacional Arena, where FCSB, Dinamo Bucharest and the Romanian national team play their home games, is a stadium with great memories for Atletico, as it is where they won their second Europa League title in 2012, defeating Athletic Club 3-0.

Diego Simeone's side have the added challenge of having a number of their star players out having tested positive for the virus. Those who are currently self-isolating include Thomas Lemar, Hector Herrera, Joao Felix, Moussa Dembele, Yannick Carrasco and Mario Hermoso.