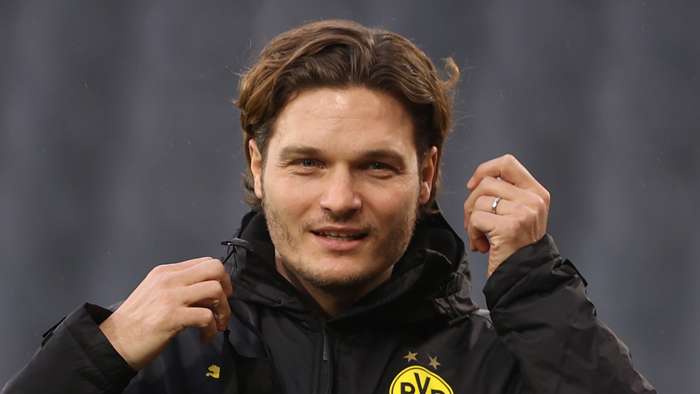 Borussia Dortmund director Sebastian Kehl says Edin Terzic still has the full support of the board despite another damaging Bundesliga defeat.

Dortmund are now in danger of missing out on a top-four finish, but the man who runs the club's player department has insisted that the interim manager's short-term future is secure.

"Every day we see how Edin Terzic works with the players both professionally and emotionally," Kehl, who has been Dortmund's head of first-team football since 2018, told Kicker after the Freiburg loss.

"How meticulously he goes to work and how clearly he addresses problem points openly and honestly. We, therefore, have absolutely no criticism of his work."

BVB drafted in Terzic following the sacking of Lucien Favre in early December, but the German head coach has so far been unable to turn the team's fortunes around.

Dortmund have lost four of their opening nine Bundesliga matches under Terzic, who has only seen his side keep one clean sheet since his arrival in the Westfalenstadion dugout.

The German giants have, however, progressed in the DFB-Pokal on his watch, with a 3-2 home win over Paderborn on February 2 seeing them through to the quarter-finals of the competition.

Dortmund officials will have a decision to make if the team'srecent inconsistency continues in the coming weeks, with a vital fixture against Hoffenheim up next on Saturday.

Terzic is on a contract which is due to run until the end of the season, but Dortmund could seek to replace him early amid links with a number of high profile managerial candidates.