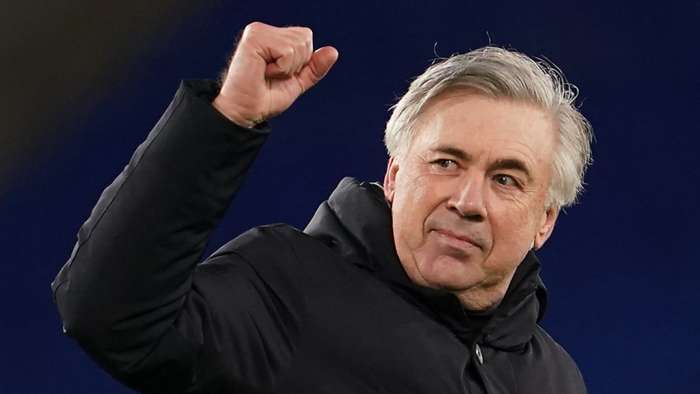 Carlo Ancelotti says Everton are dreaming of a place in the Premier League’s top four.

Everton can move into a Champions League qualification placewith a win at West Brom on Thursday, thoughit could be a brief stay as Chelsea and Liverpool - who are directly above them in fifth and sixth respectively - clash later on the same day.

“We have a great opportunity to be in the top four and we would like to touch that position,” Ancelotti told the club’s official website.

We have to put all our effort into the game on Thursday to try to be there, it is a real possibility.

“It doesn’t matter how long we can be there,but just to see how we feel if we are there.

“There will be a big fight until the end of the season and we have to be pleased we can fight for that position.

“It will be a dream to be in the top four, we are quite close… but the season is long.”

While the Toffees have won eight of their 12 games on the road, losing onlytwo, their home form has not stood up to scrutiny. Of the 13 games played at Goodison Park, they have won five and lost six.

“To fight for the European places, we need to improve the home form,” Ancelottisaid. “It was not good and this performance and victory can help us have a better run at home.”

James Rodriguez, Tom Davies and Seamus Coleman were absent for the win over Southampton, but Ancelotti is confident they will be back in the squad to face the Baggies.

“They had little problems in training this week and so I prefer to give them a rest to be ready for the next game,” Ancelotti said.

“We have a busy schedule, we play again on Thursday, but they will recover soon.

"They are really light problems.”