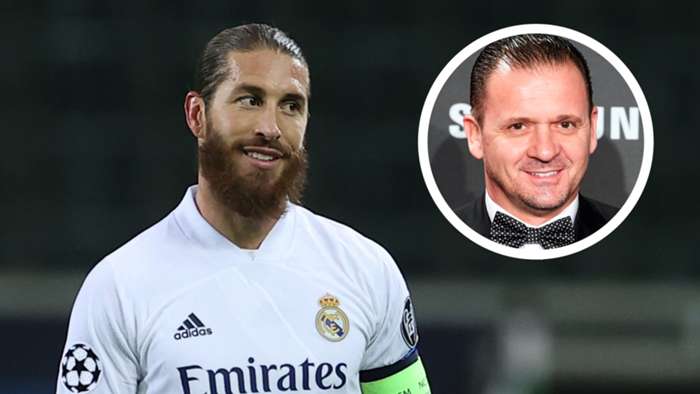 Real Madrid need to be tying Sergio Ramos to a new contract because the World Cup winner is capable of achieving what Raul and Iker Casillas failed to do by seeing out his playing days at Santiago Bernabeu, says Predrag Mijatovic.

As things stand, a talismanic presence in the Spanish capital - one who is nursing a knee injury at present - continues to run his current deal down towards free agency.

The Blancos are, however, still in a position to thrash out fresh terms with their 34-year-old captain and Mijatovic believes every effort should be made to keep a long-serving centre-half on the club’s books – with legendary figures having been allowed to slip the net in the past.

Former Real striker Mijatovic has told Goal on the speculation surrounding Ramos’ future: “I do not know the opinion of the club or Sergio about it.But what I would like is for him to renew.

“He can still perform at a very important level, he is a leader. Someone who has been and is so important should retire at Real Madrid. Neither Raul, Casillas, nor Fernando Hierro, nor many others have done that.

“In any case, it should be resolved as soon as possible. And, when there is a firm decision, communicate it to the fans.”

As his deal runs down, leading sides from across Europe are said to have cast admiring glances in the direction of Madrid.

Manchester United have faced plenty of calls for another proven centre-half to be added to Ole Gunnar Solskjaer’s squad, and Ramos would tick plenty of boxes for the Premier League heavyweights.

Paris Saint-Germain are also said to be keeping a close eye on developments in Spain, with the Ligue 1 champions keeping across various developments in La Liga – with Barcelona forward Lionel Messi another potential free agent that they have their eye on.

Pressure has been building on Blancos boss Zinedine Zidane amid recent struggles for consistency.

He has remained coy on the chances of seeing out a contract through to 2022, but Mijatovic believes faith and patience will be shown in the iconic Frenchman.

He added: “Real Madrid is a club that puts a lot of pressure on you, it wears down any professional, players, coach, presidents … it's not easy to live with that.

“Zidane has achieved something that no-one will repeat in terms of titles won, such as his three Champions Leagues in a row. It has never happened before.

“It is normal for him to get angry.He knows perfectly well where the shots are coming from. But he holds that pressure very well.”

Real have moved back into second spot in the Liga table, but they have played a game more than Clasico foes Barcelona in third and remain five points adrift of leaders Atletico Madrid despite taking in two more fixtures than their neighbours.

Disappointing exits have been suffered in domestic cup competitions,pilingpressure on Zidane, but the Blancos are still in the hunt for another Champions League crown and are counting down the days to a last-16 showdown with Atalanta.