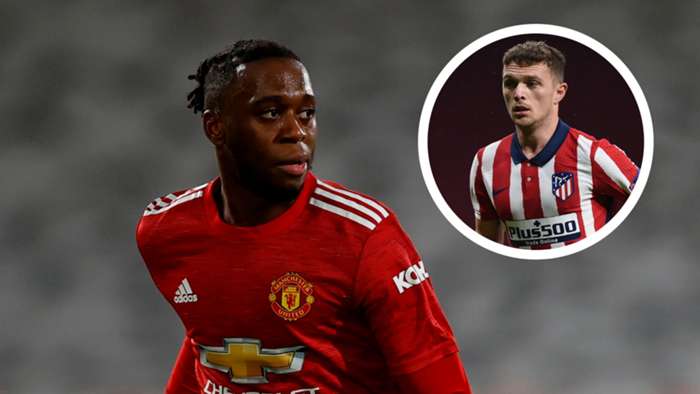 Manchester United should be making the addition of another right-back a top priority for the summer transfer window, says Fabio da Silva, with Aaron Wan-Bissaka needing the same competition as Luke Shaw in order to take his game to greater heights.

Exciting Brazilian left-back Alex Telles was snapped up from Porto, with the 28-year-old arriving at Old Trafford with an impressive haul of goals and assists to his name.

The South American’s presence has brought the best out of Shaw, with the England international finding the most productive and consistent form of his career to date.

Fabio believes similar success could be enjoyed on the opposite flank if, amid talk of interest in Atletico Madrid star Kieran Trippier, an alternative to Wan-Bissaka is acquired.

The former Red Devils full-back told the Manchester Evening News: “If you see how Luke Shaw is doing this season, I think it’s the best season he’s been having for so long at Man United. Telles has made him improve, someone to say ‘if you’re not playing well, if you’re not concentrating, working hard, you’re going to lose your place’.

“This definitely makes you play better, so for Wan-Bissaka if they bring in a good right-back, you’re going to help him to improve.

“One hundredper cent, this is what makes players compete for their place, and to improve. If you play every game, you have no competition and you can start to get in a comfort zone, it’s not good for you.”

While suggesting that United should be looking to put pressure on Wan-Bissaka, Fabio says the talented 23-year-old has made impressive progress across 18 months at Old Trafford and silenced any early doubters.

The Brazilian added: “I think he’s already improved, to be honest.

“I watch a lot of Man United, I follow them, and before he arrived I thought as an offensive full-back for United, he’s not going to do it.

“Everyone knew he was a great defender, his positioning is good, but at the beginning I thought: ‘I don’t know’.