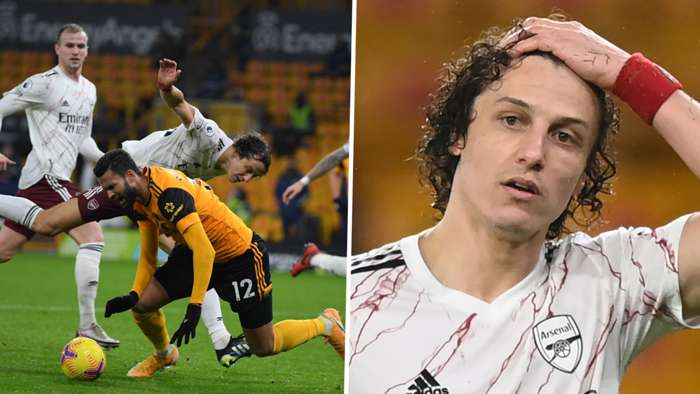 Furious Arsenal fans have vented their frustration at the Football Association after the Gunners’ appeal against David Luiz’s red card against Wolves was rejected.

Referee Craig Pawson brandished a red card for denying a clear goalscoring opportunity, a decision which was backed by the Video Assistant Referee (VAR) for the match, Jon Moss.

Arsenal were 1-0 up at the time but Ruben Neves equalised from the penalty spot before Joao Moutinho scored a stunning long-range winner soon after the break.

The Gunners were hugely disappointed in the decision and appealed against it, but the decision has been upheld. Luiz will serve a one-match suspension, missing Saturday’s trip to Aston Villa in the Premier League.

The announcement has caused a storm on Twitter, particularly with Southampton defender Jan Bednarek having his red card overturned after a similar challenge on Manchester United’s Anthony Martial.

Arsenal's own response to the decision was slightly more diplomatic.

“We have worked really hard to overturn David Luiz's red card,” a club statement read. “We presented our case to the FA but are disappointed that our appeal has been unsuccessful.

“We accept the FA's decision and continue our preparations for Saturday's match against Aston Villa.”