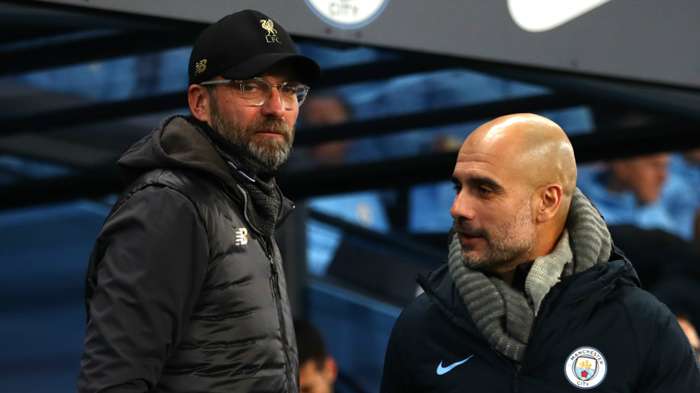 Pep Guardiola has hit back at Jurgen Klopp after the Liverpool boss claimed that Manchester City had two weeks off when they were hit by a Covid-19 outbreak.

Ahead of City’s trip to Anfield on Sunday, Klopp said that his side were tired and they had not had a "two-week break" like the Premier League leaders.

City actually had seven days between their Boxing Day victory over Newcastle before taking a depleted squad to Chelsea on January 3, and Guardiola was clearly irked by Klopp’s suggestion.

“He made a mistake, it was two months, three months, four months - that's why we're in the top-four now,” Guardiola replied. “Jurgen has to see the calendar again. We had Covid, we had one week, we played with 14 players in Stamford Bridge. Maybe I'm wrong and it was two or three weeks.

“When I see Jurgen I will ask him how long we had off. I'm surprised, I thought Jurgen was not that kind of manager, I didn't expect that comment.Maybe it was a misunderstanding. If he sees the calendar he will see it was not two weeks, it was two months.”

City will be without Kevin De Bruyne, Sergio Aguero and Nathan Ake but have an opportunity to a put serious dent in Liverpool’s hopes of retaining their title if they can inflict a third successive home defeat on Klopp’s side.

Victory would take his side 10 points clear of Liverpool with a game in hand but Guardiola, who has never won at Anfield in his managerial career, admits it would be a significant win.

“Of course it will be important, I cannot deny it,” he said. “When you beat Liverpool, United, Tottenham, Leicester, Chelsea, Arsenal, Burnley, it's so important to beat them.

“What I want to see is my team to go to Anfield to win the game like we have done since we were together.