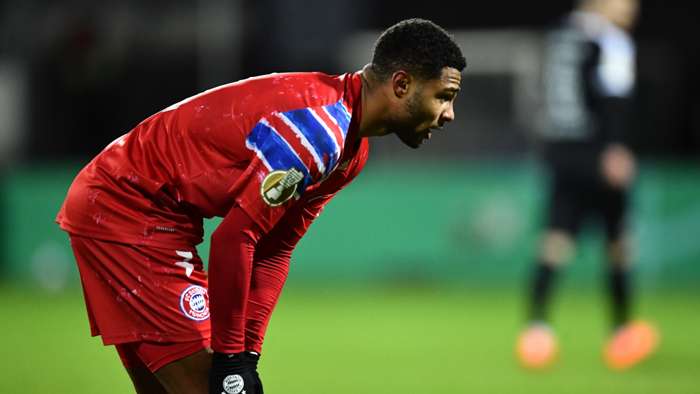 Serge Gnabry admits Bayern Munich’s shock defeat to Holstein Kiel in the DFB-Pokal has left them “angry”, with the 2019-20 treble winners looking to make amends in the Club World Cup.

The intention was to defend all of those crowns in the current campaign, while adding a couple of new prizes to the mantelpiece.

The UEFA Super Cup has been secured, while Bundesliga and Champions League crowns remain up for grabs, but Bayern are already out of the German Cup.

A humbling reversal against second-tier opposition still irks Gnabry, with the 25-year-old saying he would have preferred another shot at silverware to a much-needed rest.

The Germany international winger has told DAZN and Goal: “We have mixed feelings. We're still angry about giving away a title and being knocked out in a game like that.

“But of course it's also good to be at home for a week and not have to go back to full speed after three days, but to be able to train for a change.

“However, at the end of the season, winning the cup would probably make me happier than the few days I didn't have a game.”

Gnabry’s frustration at missing out on another shot at domestic glory in 2020-21 is shared by those around him in Munich – on and off the field.

He added on Flick’s mindset, with the former Arsenal academy graduate claiming to have a “good” working relationship with his boss: “Of course, he's also upset because we were eliminated in the cup. But as a coach, you have to move forward, because the next game is always just around the corner, and you have to win it again.

“We've managed to turn things round relatively well recently and have been successful in recent games.”

Bayern have claimed four successive victories since being stunned by Holstein Kiel, with a seven-point lead opened up at the top of the Bundesliga table.

With positive progress being made on home soil, Flick’s men are now about to go in search of global glory in Qatar.

Al Ahly will be faced in the semi-finals of that competition, with Palmeiras and Tigres squaring off in the other last-four showdown, and Gnabry is determined to add another medal to his collection.

He said: “We are all looking forward to the competition and a few days in the sun. But the goal, of course, is to win another title, which would be the sixth.