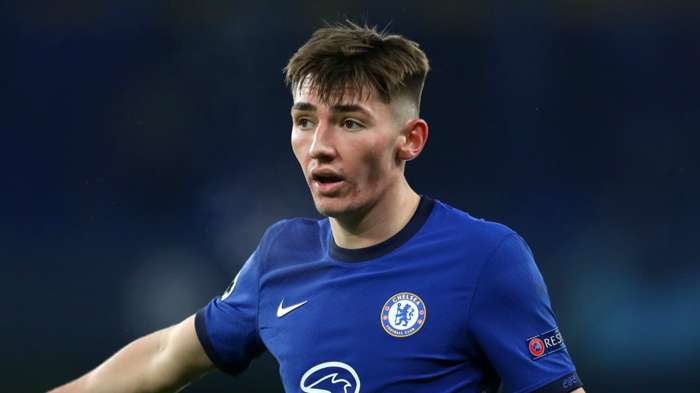 Thomas Tuchel has explained why he didn't consider loaning out Billy Gilmour, having quickly learned that the Chelsea starlet is "living his dream" at Stamford Bridge.

The Scottish midfielder looks set to make his first appearance under Tuchel in a fifth-round FA Cup tie against Barnsley on Thursday, and the German head coach is determined to help the 19-year-old fulfil his considerable potential as he continues to matureand develophis all-round game.

Tuchel told a pre-match press conference of his decision to keep Gilmour at Chelsea: “For me, he represents everything a young guy from the academy should represent.

"He is humble. I feel that he is happy to be here. That he is living his dream and that he is ready to give everything to fulfil his dream.

“He gives me the exact right feeling. The exact perfect mix between being humble and being impatient and trying every training session to improve, to learn and not show too much respect.

“We have a strong midfield and right now he is one of four players for central midfield. The other three players are (Mateo) Kovacic, Jorginho and N’Golo Kante.

“That makes it not easy for Billy to find his place, but he is the No4 right now in my head and to be the No4 out of two positions is a pretty good start for Billy.

“I wanted him absolutely to stay because he has a big impact in training games and his quality is obvious. We are happy to have him and are absolutely ready to push him and help him on his way.”

Gilmour has racked up 16 appearances across all competitions for Chelsea since graduating to the senior squad in 2019.

The Scotland U21 international, who is still on the lookout for his first goal for the Blues, saw his progress halted by a serious knee injury last summer which forced him to miss the first half of the 2020-21 campaign.

Gilmour was able to return to action in December though, with Lampard handing the playmaker minutes in two Premier League and two Champions League fixtures before he was axed on January 25.

Gilmour is widely regarded as one of the most talented young midfielders in English football, having already proved he can hold his own at the highest level on both domestic and European fronts.

The teenager's current contract at Chelsea is not due to expire until 2023, and he will give Tuchel a valuable extra option in the middle of the park as the Blues negotiate their way through a congested fixture list between now and the end of the season.