Zidane offers 'no excuses' for shock defeat to Cadiz 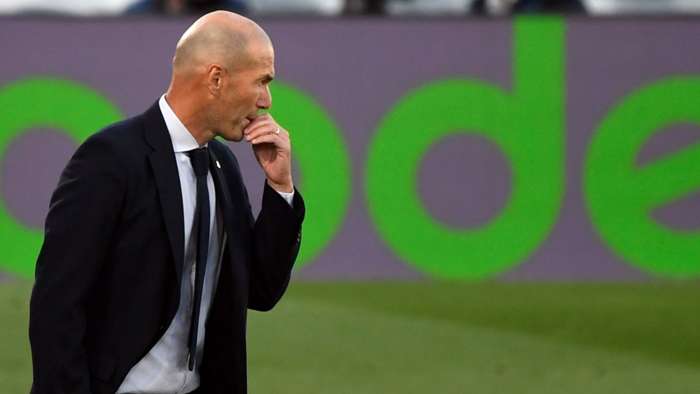 Zinedine Zidane admitted Real Madrid could have conceded two or three goals in a nightmare first-half display against Cadiz that contributed to their shock 1-0 loss at the Santiago Bernabeu.

A single goal from Anthony Lozano after 16 minutes was enough to sink Zidane's charges, who went into the weekend's fixtures as sole leaders in Spain but now share the summit with Cadiz, Granada and Malaga.

Barcelona's subsequent defeat to Getafe at least kept the Catalans away from top spot, but the Merengue coach could not hide his frustration with what he saw, especially in the opening 45 minutes.

"If we had conceded two or three goals in the first half we could not have said anything. There is no excuse," the coach fired to reporters after the final whistle.

"There is no explanation, we are not happy with what happened, but it is something that can happen in football. We did not start the game well.

"It was tough right from the start, we were a little better in the second half. We didn't get into the game, we struggled physically, creating chances depends on how you start and we really struggled."

To compound Madrid's misery, Zidane was forced to withdraw Sergio Ramos at half-time with an apparent physical complaint, although the Frenchman is confident his captain avoided injury.

"I hope Sergio's problem is just a small thing. He has a little knock," Zidane added.

Madrid will be back in action midweek in their Champions League Group B opener at home to Shakhtar Donetsk on Wednesday.

Three days later they travel to Camp Nou for the first Clasico of the season against Barca, and Zidane hopes his charges will put Saturday's woes behind them for the crucial upcoming matches.

"We're now going to think about the next game and what we have to do is rest up well and try to do better to win the match," he explained.