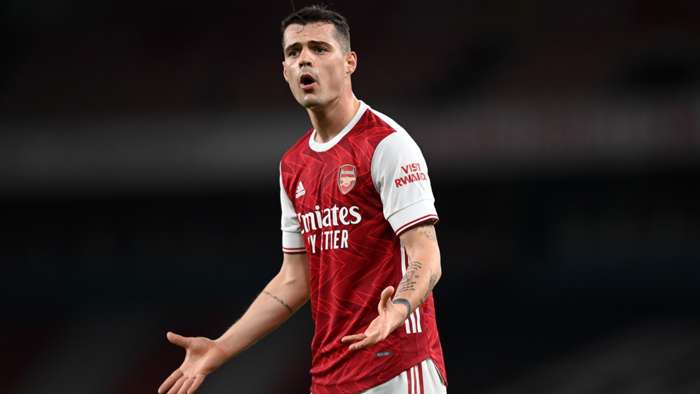 Granit Xhaka claims he is “deliberately” targeted by critics, but the Arsenal midfielder insists detractors will not “break” him and that he will always “come back stronger”.

The Switzerland international midfielder has seen questions asked of his disciplinary record and value to the collective cause throughout a five-year spell at Emirates Stadium.

He has done himself few favours at times, with costly red cards picked up and petulant displays of defiance delivered, but the 28-year-old still feels as though he has become a scapegoat.

Xhaka - who has been sent off three times for Arsenal, with the most recent of those dismissals coming against Burnley in December 2020 – has told Blick: “You have to live with criticism in football, but there have to be limits.

“There are other players who get red cards, but they dont get criticised as much as I do.

“I sometimes feel that with me it is deliberately made into a bigger issue than it really is.

“But it wont break me. I overcome it, and this time it has made me come back stronger - no doubt to many peoples surprise.”

Alongside his red card in 2020-21, Xhaka has also been booked on eight occasions through 36 games in all competitions.

A regular role has been nailed down under Mikel Arteta, having appeared to be edging his way towards the exits at one stage.

Personal form has been rediscovered, but Arsenal have struggled for consistency as a collective and sit ninth in the Premier League table as a result with nine fixtures left to take in.

The Gunners are through to the quarter-finals of the Europa League, where they will face Slavia Prague, and can still secure continental qualification for next season.

Xhaka is looking for Arteta’s side to finish with a flourish this term, adding: “This has been an up and down season for Arsenal. We began well, but then failed to pick up points in a string of games.

“Things are clearly better once more, what with our win over Tottenham and reaching the Europa League quarter-finals in style.

“In the Premier League we are once again a long way off the European places. Well need quite a run to get in on the act.

“So it will be absolutely vital for us to reach the Europa League final.”

Arsenal will return to action after the latest international break with a home date against Liverpool on April 3.