Will Celtic give Rangers a guard of honour? Football champions tradition explained 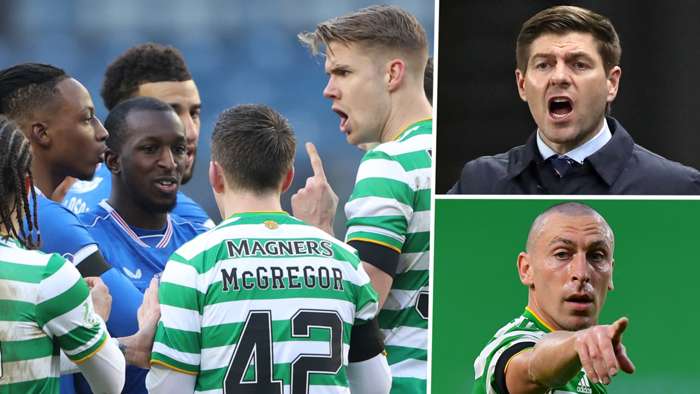 Steven Gerrard pulled off an incredible feat this season when his Rangers side managed to halt Celtics procession to 10 Scottish titles in a row.

The Gers secured their 55th league crown with panache, wrapping it up in early March after a run of form that saw them beat their bitter rivals twice.

While the Celtic playerswill be the first to admit that they have not been good enough, it should not take away from the manner in which Rangers wrested the title from them.

Indeed, the Ibrox club were relentless, dropping few points on their path to glory and the style of football adopted has produced plenty of different goalscorers.

As the prospect of Rangers being declared champions before the final Old Firm meeting of the season approached, talk of a potential guard of honour picked up, but will it happen?

Celtic will not give Rangers a guard of honour when the Blue half of Glasgow take to the pitchat Celtic Park on Sunday.

There had been suggestions that the gesture was being considered by the Bhoys, particularly afterBrendan Rodgers argued that it would "show humility and class" on the part of his former club.

However, interim Celtic boss John Kennedy, who took the reins following the dismissal of Neil Lennon, confirmed that it would not be happening.

Celtic will NOT give a guard of honour to Scottish champions Rangers ahead of Sundays Old Firm derby, interim manager John Kennedy has confirmed ❌ pic.twitter.com/ZtMwhv8Skk

Kennedy cited a moment in 2019 when Rangers did not give Celtic a guard of honour at Ibrox and said that a lack of "respect" shown to his players on that occasion played a part in the decision.

"We spoke collectively about it and we wont do it," Kennedy told Sky Sports ahead of the match.

"It is not about lacking class, nothing like that, because we are a club that always shows class and dignity and do what is right.

"But ultimately this same group of players went in as champions [in 2019] and didnt get the respect that time, if you want to call it that. They are the same players who are being asked to stand there.

"We have decided collectively as a group. We will just get on with the game, park that, so we will focus fully on the game and just put that to bed."

Steven Gerrards Rangers are champions of Scotland for the first time in 10 years ???? pic.twitter.com/sOIkwYJuj6

Rodgers was something of a lone voice on the idea of Celtic giving Rangers a guard of honour, with a number of Bhoys heroes scoffing at the notion.

John Hartson, for example, declared the conversation "nonsense", telling The Herald: "Why would you start it now? And where do you stop it? There is respect between players."

The former striker added: "Celtic don’t need to be told this season that Rangers have deserved it. And the players will appreciate just how well they have played."

A guard of honour is a gesture that is made by a team which serves as a respectful recognition of another teams achievement - usually the winning of a league or other such competition.

It tends to take place before a game is played and players from one team line up to form a sort of corridor through which the lauded team proceeds.

In some cases, the players forming the guard of honour may applaud the celebrated team, but it is not always necessary.

In rugby union, a guard of honour normally takes place after a game, with the losing team congratulating the winning team.

Teams perform a guard of honour in order to convey their respect and it is a tradition to do so in some countries.

Pep Guardiola was adamant that his Manchester City team gave Liverpool one in 2020 when the Reds stormed to Premier League glory.

"We are going to do the guard of honour, of course,"said the Catalan coach at the time.

"Always we receive Liverpool, when they came to our house, in an incredible way. They cannot complain. Of course we are going to do it because they deserve it."

However, it is not always so simple and, where rivalries are particularly bitter, the performance or not of a guard of honour becomes an issue.

For example, there was a lot of diplomatic disquiet among some at Barcelona when Real Madrid decided not to perform a pasillo for the Catalan side in 2018.

Barcelona famously performed one for Madrid 10 years earlier, but Zinedine Zidane explained that a perceived snub - when Barca did not acknowledge Los Blancos Club World Cup victory - made his mind up.

Sergio Ramos said at the time:"Barca have the title, which is what they wanted, but there will be no guard of honour full stop."