Who will win the Nations League in 2020-21? The favourites, outsiders, underdogs & latest odds 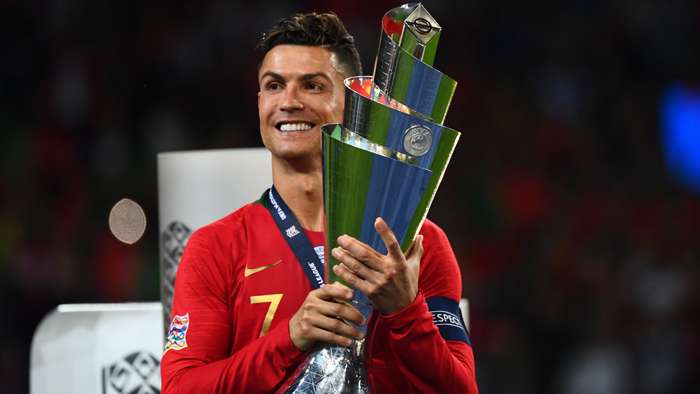 The second edition of the Nations League is underway and the 16 teams in League A know who they will face in their respective groups.

France are 4/1(5.0) favourites to win the Nations League and add another trophy to their collection after winning the World Cup in 2018.

Didier Deschamps' men finished second in their group behind Netherlands on head-to-head goal difference, and will face another tricky test in Group A3 alongside Portugal, Sweden and Croatia.

Belgium can also be backed at 4/1 (5.0) to win the Nations League after a disappointing group stage finale saw them miss out on the finals in 2018.

A 5-2 defeat at Switzerland in their final game meant they missed out but are top of group A2 this time around after three wins from four games, including a 5-1 drubbing of Iceland.

Spain are 11/2(6.50) to become the second country to win the Nations League and lift their first piece of silverware since Euro 2012.

It has not been the smoothest sailing for La Roja since their last trophy, with their last three major tournament results largely being disappointing, and Group A4 looks set to go down to the wire with Spain, Germany and Ukraine all separated by just a point.

England are 7/1(8.0) to build on their third-place finish last time around and win the Nations League.

The Three Lions lost to the Netherlands in last year’s semi-final but face an uphill battle to get to that stage again this year, having lost at home toDenmark to leave them two points off the pace in Group A2.

Holders Portugal are priced at 7/1 (8.0) tor retain their trophy and win yet another piece of silverware.

That price is reflective of the Euro 2016 champions being placed in Group A3 with 2018 World Cup winners France, with the victor of their clashin Lisbon likely to dictate which of the two countries advances to the finals.

Italy are 8/1 (9.0) to win the Nations League after a solid start to their group stage.

The Azzurri have won just one of their four games but that was a 1-0 victory in the Netherlands, putting them in excellent stead to reach the finals ahead of their final two games.

Germany were fortunate not to be relegated into League B last time around and are 10/1 (11.0) to bounce back by lifting the Nations League trophy in 2021.

Joachim Low’s side managed just two points in the 2018-19 edition to finish bottom of Group A1, but a revamping of the competition meant they stayed in League A for the current tournament.

There is 12/1 (13.0) available on the Netherlands to go one step further than last time following their defeat to Portugal in the 2018-19 final.

However, their campaign has already stuttered thanks to a home defeat to Italy in just their second match and face an uphill battle to reach the finals again with five points from four matches.

Poland are 20/1 (26.0) to win the Nations League and may prove to be a popular dark horse considering they do boast the strike power of Robert Lewandowski and are currently top of Group A1.

Denmark stunned England at Wembley in October andare 33/1 (34.0)to win the Nations League, with their trip to Belgium in November likely to be a pivotal clash.