When everyone was trembling, he gave us stability - Arteta praises incredible Odegaard after Arsenal comeback at West Ham 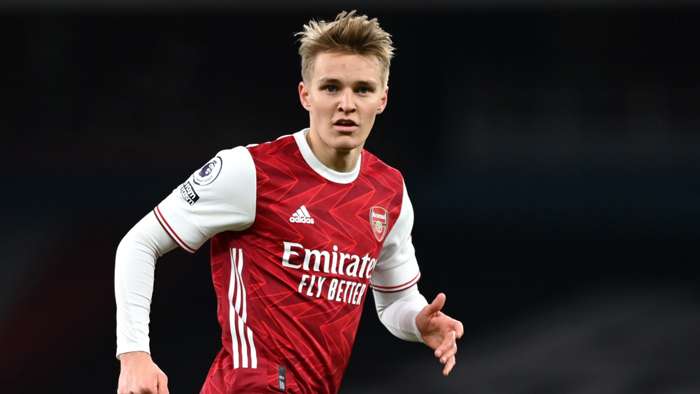 Mikel Arteta had nothing but praise for MartinOdegaard following Arsenals draw against West Ham, hailing the Real Madrid loanees leadership qualities as vital to their remarkable comeback.

The Gunners recovered from a three-goal deficit sustained inside the first third of the game to snatch a point against David Moyes Hammers in the Premier League on Sunday.

Norway internationalOdegaard, who has frequently proven an inspired presence since his arrival at the Emirates Stadium, was in superb form to help the visitors recover at London Stadium, and his manager paid tribute to his efforts after the game.

"I think he had an incredible performance," the Spaniard told his post-match press conference. "I think he was very intelligent the way he ready the game, the way he affected the game.

"He showed how much he wants to win. When everyone was a little bit trembling, he gave us that stability, that composure on the ball and created chance after chance."

Asked if he considered Odegaard a leader, Arteta added: "He is showing that I think from week one.

"The way he steps on that pitch and always wants the ball, the way he commands the pressing, he’s been really influential.

"I think we have all been surprised because he looks really shy and humble, but when he steps in that pitch he’s a real character and he loves to play football."

Odegaards performances continue to suggest a young player who has fast settled into life in north London following an exit from Santiago Bernanbeu at the start of the year.

Having failed to break through regularly into Zinedine Zidanes plans in La Liga, the 22-year-old has fast shown his quality under Arteta, emerging as a central cog in the Gunners resurgence in 2021 following a tough first half of the season.

His form has prompted suggestions of a longer stay with Arsenal, a choice that would surely be music to his managers ears if agreed upon.