When are the Nations League 2020-21 finals & which teams qualified? 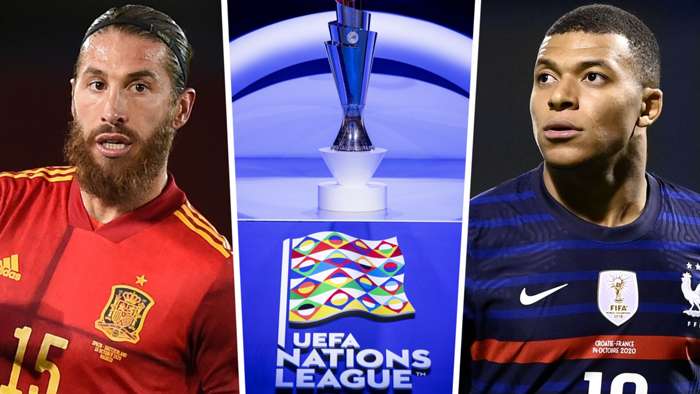 The second edition of the UEFA Nations League is heading towards the final stages, with the identity of the 2020-21 finalists soon to be known.

Some of the biggest names in European football will go head to head for the right to get their hands on the new trophy, which was last won by Cristiano Ronaldo's Portugal in 2018-19.

So, when will the latest Nations League finals take place and which teams are involved - Goal has all the details.

The Nations League 2020-21 finals will take place in October 2021, nearly a full year after the conclusion of the league stage of the competition.

The semi-final stage of the final tournament will be held on October 6 and October 7 2021.

After that, the third-place play-off between the beaten semi-finalists and final - to decide the Nations League champion - will be played on the same day on October 102021.

With the Nations League finals in October 2021 it means that the games occur after the beginning of the World Cup 2022 qualifying (March 2021)and the European Championship (June/July 2021).

The winners of the four League A groups qualify for the Nations League finals.

France were the first team to qualify for the 2020-21 finals after they secured their place at the top of Group A3 ahead of Sweden, Croatia and defending champions Portugal.

Les Bleus were then joined in the finals bracket by Spain after La Roja topped a group containing Germany, Ukraine and Switzerland - clinching their place with a resounding 6-0 win over Germany.

The remaining two finals places will be decided on November 18, the day of the final group matches.

In Group A1, Italy, the Netherlands and Poland remain in with a chance of qualifying, while in Group A2, only Belgium or Denmark will go through with England having missed their chance.

An open draw will be held on December 3, 2020 to determine which teams face off against each other in the two semi-finals.

The Nations League finals are played in a single host country. In principle, the winners of Group A1 will be the host nation, with Italy, the Netherlands and Poland declaring an interest.

UEFA will officially confirm the host venues for the Nations League 2020-21 finals on December 3 2020 - the same date of the finals draw.

Below are the potential host stadiums for the finals: