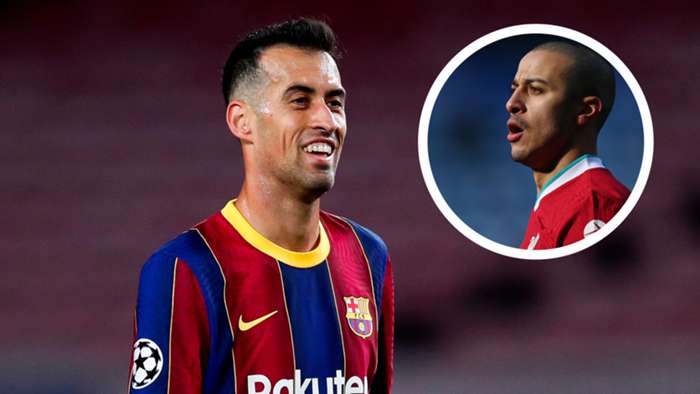 Thiago Alcantara doesnt understand why anyone would challenge the record of compatriot Sergio Busquets at Barcelona.

While the calculated style of Busquets has perhaps led him to be under-rated by some supporters, Thiago sees him as someone who has always made Barcelona better.

“You always open the debate and for me there isn’t one,” Thiago told SPORTof Busquets. “I always say it, over time you watch football and become more analytical. When Busquets is playing for Barcelona, Barcelona always work. He’s a great professional. You watch him train and you continue to learn from him.

"Im not the one to question,just congratulate him and take advantage of it when we are together."

Busquets has an overflowing trophy cabinet from his 405 league appearances with Barcelona. Hes an eight-time La Liga champion and three-time Champions League winner, andwon the 2010 World Cup with Spain.

Thiago, who is three years younger than Busquets, came up through Barcelonas academy and spent five years as Busquets senior team-mate. Theyve also appeared together internationally, keeping them close as Thiago moved to Bayern Munich and then Liverpool.