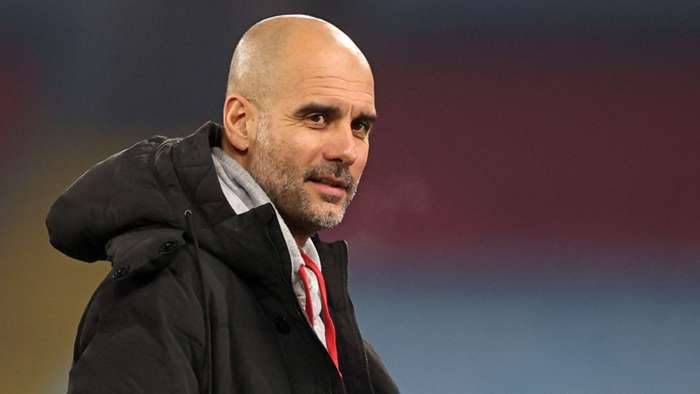 City made a slow start to the season and there were suggestions that Guardilola needed to perform a rebuild to get them back on track.

But following a loss to Tottenham on November 21, they embarked on a 28-game unbeaten run - including a spell of 21 wins in a row.

City kept themselves on course for a quadruple after beating Everton 2-0 to reach the FA Cup semi-finals, and Guardiola was thrilled with the performance and his side’s form in general.

“We have to adapt - every game is different,” Guardiola said. “Leicester may be similar and play four in the middle. Dortmund and Leeds will be different.

“Managers know what they have to do.

“But when you win a lot of games like we have in the last four months, it’s because you can adapt. That pleases me the most.

“It’s not just tactics, it’s mental - being ready every game.

“What we have done is more than remarkable. It’s incredible. One of the greatest achievements we have done together.

“We haven’t won anything yet, so we will be focused and we will see how far we arrive in the competitions.

"Honestly, since last break four months ago, we played 34 games.

"In this winter time, playing every three days, with incredible commitment in every competition, I dont have any words to express that."

Although no trophies have been secured so far, City have had a stellar season.

And the win over Everton saw Guardiola’s men set more records. It was their 17th game on the road without defeat, eclipsing a figure dating back to 1999 when Joe Royle was in charge.

The game was also their 14th win on the spin away from home, which is another club record.

The City boss appears to have the Midas touch at present. With the match at Goodison Park well poised at 0-0 with 10 minutes remaining, Guardiola elected to throw on Kevin De Bruyne.

Within four minutes, City were in front thanks to Ilkay Gundogan - and De Bruyne wrapped up the win in injury time.

"At the end, we decided on Riyad [Mahrez] and Kevin and they changed the rhythm a little bit and fortunately, Ilkay Gundogan was in the place he has to be as a striker or attacking midfielder to score a goal,” Guardiola said.