What are the worst-ever Premier League teams to be relegated? 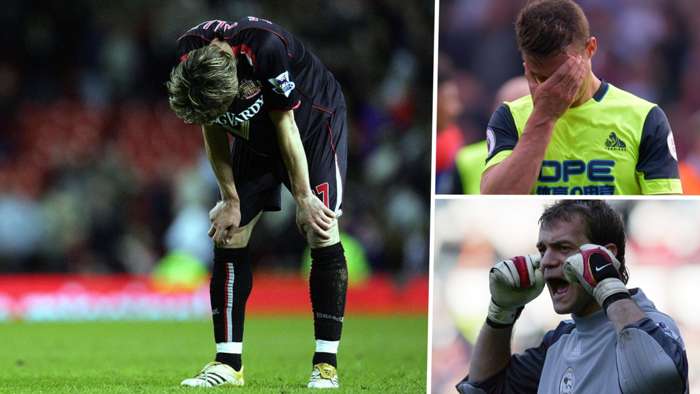 The Premier League is one of the most difficult competitions in the world and it can be particularly tough at the bottom end as clubs fight to avoid relegation.

Relegation battles are often keenly contested, but every now and then one team is by far the worst of them all - much to the chagrin of their fans, naturally.

So, which teams have produced the worst-ever points totals and goal differences in Premier League history?

Derby County have the inglorious honour of the worst-ever Premier League points total, having earned just 11 points on their way to relegation in the 2007-08 Premier League season.

The Rams won just one match all season, losing 29 and drawing eight. They scored just 20 goals in 38 games, conceding a staggering 89 times.

They were the first team in the history of the Premier League to be relegated from the division as early as March and they finished an incredible 24 points behind 19th-placed Birmingham City.

Derby chiefs stuck with manager Billy Davies until the end of November 2007 before replacing him with Paul Jewell, who could not arrest the slide.

In 2018-19, Huddersfield managed just 16 points (five of which came after Christmas) and were officially relegated from the Premier League in March after a truly dismal showing.

The Terriers, who did well to survive the season before,scored just 22 goals all season and their defence conceded a disappointing total of 76 times.

Aston Villa may have a European Cup in their trophy cabinet, but they also endured one of the worst-ever seasons in Premier League history.

Back in 2015-16, Villa were relegated as the bottom side after scrapingtogether a dismal total of just 17 points. They lost 27 matches all season, winning three and drawing eight.

Tim Sherwood was at the helm until the end of October when he was replaced by Remi Garde, but the French coach was unable to turn it around and Villa ended up 17 points adrift of 19th-placed Norwich City.

Norwich themselves were the absolute worst team in the Premier League during the 2019-20 season, with Watford, Wolves and Queens Park Rangers completing the roll of dishonour.