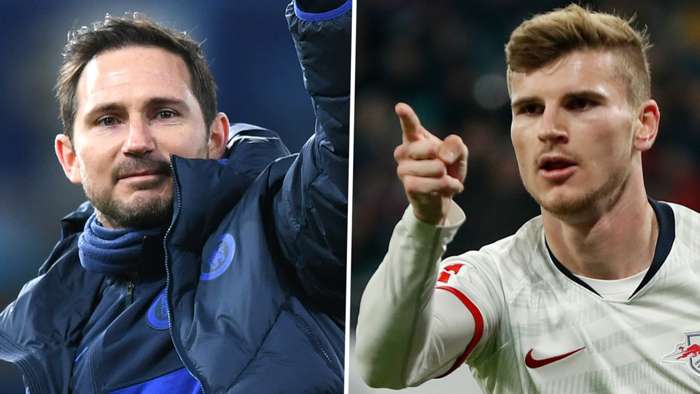 Timo Werner says Frank Lampard was the main reason he decided to join Chelsea this summer.

For some time previously it had seemed certain that Werner would end up at Liverpool with the likes of Bayern Munich and Real Madrid also linked, but Chelsea got their man.

Explaining why he chose the Blues, Werner told the club’s official website: “He Lampard was the main point.

“We talked a lot about things like the system, how he wants to play and sees me playing, and how the system fits me.

“He is a really nice guy who not only told me what he wants from me as a player because he wants to help me as a guy.

“He knows me now a little bit better and it fits very well between us and now I am happy to be here.”

After four successful years with Leipzig, Werner was keen to ensure he made the right move once he decided to leave.

He left Leipzig as the club's record goalscorer, including 34 goals in 45 games in 2019-20, and he will be looking to continue that form in his new, more storied surroundings.

“When you have a decision to go from your old club and you come to a big club like this, it was for me a dream which came true because Chelsea is a very big club,” he added.

“I know of the players before when they won the Champions League with Didier Drogba, with my new manager Frank Lampard, Petr Cech as the technical advisor, it is like a little dream for me but I want to become, not the same player as them, but I want to be part of a new era here so I will try to give my best.

“The style of the Premier League is very fast and my speciality is that I am really fast so I think it is perfect for me to play here.