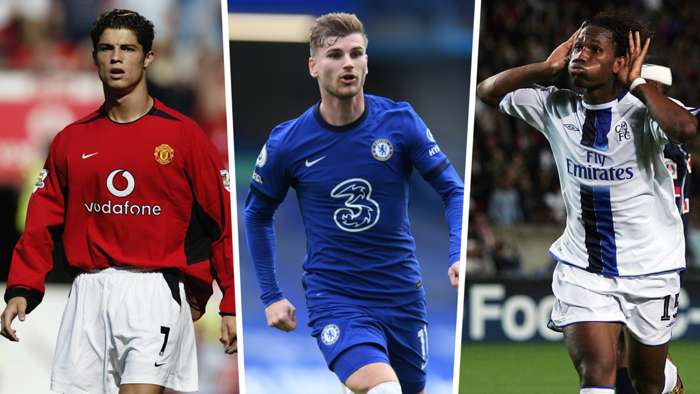 He is still waiting on a first goal in the English top-flight, with his Blues account opened in Carabao Cup competition, but sparks are expected to fly at some stage.

That is because Werner arrived in west London boasting a prolific record from his time at RB Leipzig.

His undoubted ability and determination to succeed should also aid his cause, with there a desire on his part to emulate the efforts of his boyhood heroes – which include the man he is now playing under at Chelsea.

Werner told Three: “For me, it is a little bit of a dream come true to come and play now in the biggest league in the whole world.

“Of course as a child you don’t see much of the Premier League clubs but you see the teams at the Champions League.

“You see the likes of Chelsea and Manchester United. These were the clubs that in youth were winning a lot.

“You see maybe young Ronaldo, or here at Chelsea Didier Drogba and also Frank Lampard the manager. They have a lot of legends in the club here.

“When you come into the club they are working for the club and when you see them as a child, like 10, and then you see, Ashley Cole, Frank Lampard, Petr Cech, you say wow it’s crazy I am here with them now.”

Werner was snapped up by Chelsea in a £47.5 million ($62m) deal as Lampard embarked on an elaborate spending spree.

Pressure is now on the Blues to deliver tangible success, but everyone connected with the club is pulling in the same direction – despite efforts still having to be made with no supporters in attendance.

“It’s been a little bit difficult without fans because I think in the Premier League the fans are an important role, especially here, of the whole game.

“It’s different because in Germany they always sing and always have fun. But here the feuds are a lot of in the game.

“They watch it and they love it when you tackle, create a chance or score, that feeling is special.

“I felt it with Leipzig when we played Tottenham. It was crazy the feeling you had. It was a different feeling to the Bundesliga.

“I am looking forward to having the fans back here.”