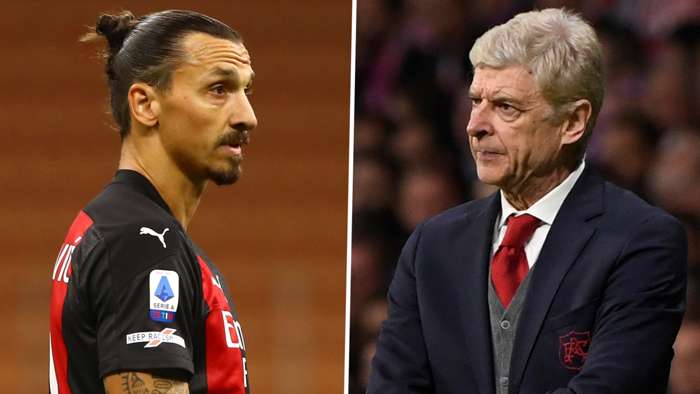 Arsene Wenger claims to have no regrets when it comes to his snubbing of Zlatan Ibrahimovic and Real Madrid during an iconic 22-year reign at Arsenal.

His powers started to wane as finances took on ever-increasing importance in modern-day football, leading to him walking away in the summer of 2018.

Wenger left behind many happy memories in north London and is adamant that he would not change anything despite the struggles he endured towards the end.

It could have been that his story at Arsenal was very different, with opportunities missed to snap up a number of players that have gone on to become all-time greats.

Enigmatic Swedish striker Ibrahimovic, who is still going strong with AC Milan at the age of 39, was among those who Wenger allowed to slip the net, but he has lost no sleep over that call.

Quizzed by BBC Sport on whether he wishes he had handed a contract to a youngster he once invited on trial, Wenger said: “Not really, because he was a 17-year-old boy playing at Malmo in the second league in Sweden. And nobody knew him.

“We gave trials to many players at 17 - it was absolutely normal before you make a decision.”

As well as turning down Ibrahimovic, Wenger knocked back two approaches from La Liga giants Real Madrid during his time at Arsenal.

On those he came closest to joining, with the likes of Bayern Munich and Juventus also expressing interest at various intervals, the 70-year-old said: “Certainly Real Madrid - because you do not know many people who turned them down twice.

“And it was to stay with a team which doesn't have the resources to win the championship. But I told myself if I was going to go for the challenge of managing Arsenal, I would go until the end.

Wenger left the Gunners having delivered 17 trophy triumphs – including seven FA Cup successes – but concedes that his preference would have been to bow out on a high.

He said of the protests which preceded his decision to quit a year before his contract was due to run out: “I don't believe you should rate highly what a fan says in the moment - a fan says something based on the moment, based on emotions.

“Today it seems the minority has a big dictatorship. They dictate what is talked about, therefore if you have 50 people on social media being negative it can somehow get more attention than 60,000 people in a stadium.

“It doesn't mean everybody has to do what they talk about. If you look at our last three years you will see in 2016 we finished second - OK, it was behind Leicester City but every other club finished behind Leicester too and they lost only three games. In 2017 that was the first time we were not in the Champions League since 1997.