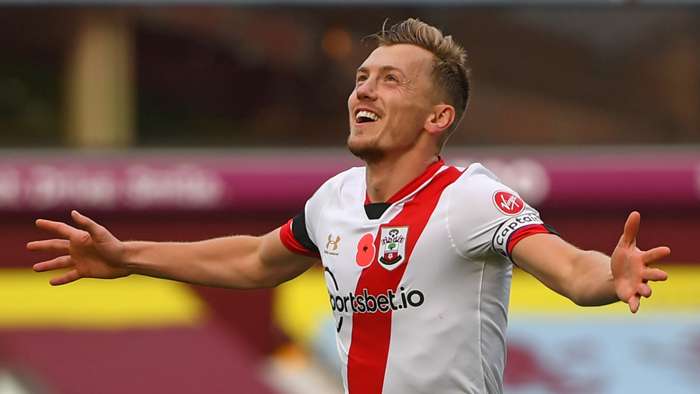 Wolves manager Nuno Espirito Santo has turned to religion in a bid to stop James Ward-Prowse doing damage from set-pieces when his team meets Southampton.

For the Portuguese, Ward-Prowse could make all the difference if he lets rip with his trademark dead-ball delivery.

"How do you stop it? A good wall, and then prevent the ball going inside your goal - and pray!", Nuno told reporters in a press conference when asked about Wolves' upcoming adversary.

"He is a specialist. He is a very good kicker of the ball. He has shown his quality. It can happen, a foul is a foul, and you have to just prepare yourself, organise your wall properly and then do your job."

Since making his Premier League debut at the start of the 2012-13 season, Ward-Prowse has gained a reputation as one of the division's most lethal set-piece proponents.

The 26-year-old has scored no less than 10 goals from free-kicks, placing him just one behind Sebastian Larsson in the all-time standings.

Four of thosehave come in the current campaign, with no other player managing more than one in this season to date.

Southampton go into Sunday's clash in dire need of a win to arrest their recent dismal form.

The Saints have lost their last five Premier League matches, a run that includes a 9-0 thrashing at the hands of Manchester United, to drop out of Europa League contention and into the lower reaches of the table.

Wolves too are struggling for form, having won only once in their last 10 league outings, and currently lie 14th, two points behind Southampton.