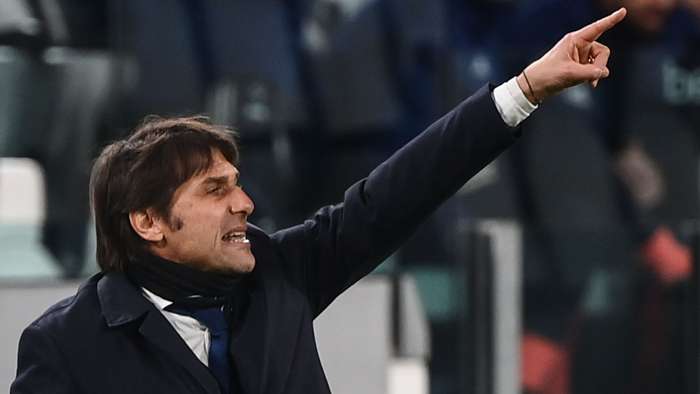 During and after the match Conte andAgnelli appeared to trade insults, with the Juventus president seen in the stands shouting at the Inter boss on the field.

Speaking to Rai 1 after the match, Conte said: “Juventus should tell the truth. I think the fourth official heard and saw what happened throughout the match.

“They should be more polite in my opinion. They need more sportsmanship and respect for those who work.”

In his post-match press conference, Conte added:"What happened at the end of the game? I have neither the desire nor the pleasure to comment on anything.I think that in all things there must be education.Enough."

Conte was a star for Juventus as a player, making more than 500 appearances for the club and winning five league titles.

In 2011, Conte returned to Juve to serve as head coach and oversaw a period of great on-field success, winningthree consecutive Serie A titles.

But Conte's relationship with the club and Agnelli soured and he stepped down in 2014 during the club's pre-season.

Conte further angered Juve supporters in 2019 when he took over as head coach of the club's fierce rivals Inter.

“In my opinion we should have scored the chances we created and it’s a shame, because after 180 minutes we saw two teams that fought until the end,” Conte told Rai 1 about the scoreless draw.

“We paid for the first leg, for some gifts we gave them. We tried to score until the end, because with one goal, they would have had more difficulty.

“I’m sorry because these are matches that are played in 180 minutes. Today we tried in every way, with desire and determination.

“You make mistakes, you have to learn from mistakes and then start over and try again.”