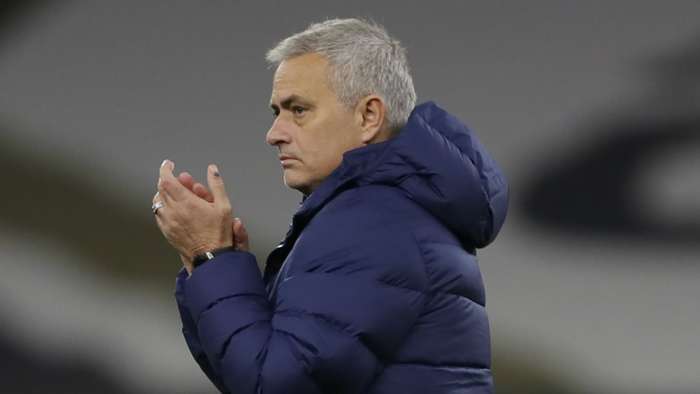 Lucas Moura has insisted that the whole Tottenham squad are united behind under-fire boss Jose Mourinho amid the clubs turbulent 2020-21 campaign.

Mourinhos position in the Spurs dugout has been called into question in the wake of a nightmare week which saw the team follow up a north London derby defeat to Arsenal by exiting the Europa League in shocking fashion at the hands of Dinamo Zagreb.

Spurswere thrashed 3-0 in the second leg of that last-16 tie in Croatia, but responded by beating Aston Villa 2-0 in the Premier League on Sunday, with Moura issuing a rallying cry in his post-match interview.

“It’s been a very bad week for us, the feeling was very bad,” the Spurs winger told the Evening Standard : “Last night, we showed our nature, we showed attitude.

"The good thing about football is you don’t have time to cry.We talked about [the Dinamo] game. The manager told us a lot of things, but the kind of things we need to keep between us.

"He has a lot of experience and he tried to motivate us, and it was very good for last night’s game. Let’s go. We have nine games to play, we have a final (the Carabao Cup), let’s finish the season well.

“We are all together. We’re in the same boat. We lose together, we win together. What happened in Croatia was our fault. Everyone included. When we’re on the pitch, we just want to win.

Tottenham could have qualified for the Champions League by winning Europes second-tier competition, but now the only way that they can gain access is by finishing in the Premier Leagues top four.

Chelsea are currently occupying the final Champions League spot, but Spurs took full advantage of their game in hand on the Blues by seeing off Villa, with Carlos Vinicius and Harry Kane both getting on the scoresheet.

Moura provided the assist for Vinicius to fire home the opening goal of the game just before the half-hour mark, and Kane made sure of all three points when he won and dispatched a penalty midway through the second half.

Tottenham are now sitting just three points behind Chelsea in the table with 10 matches left to play,starting with an away fixture against Newcastle on April 4.

The north London outfit are due to play host to Manchester United seven days later, which will see Mourinho pit his wits against his former employers once again.