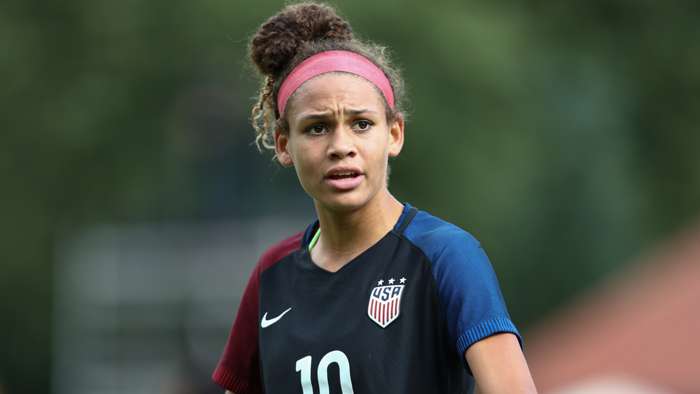 Trinity Rodman has said she doesn'twant to be defined only by her famous father after she was selected second overall by the Washington Spirit in the NWSL draft.

"With my dad I'm just so thankful, obviously he was an amazing athlete and I got those genes from him but I'm excited to be known as Trinity Rodman and not just Dennis Rodman's daughter, so I'm excited to pave my own path and get better throughout this journey."

Rodman was set to attend Washington State and play the fall season, but the coronavirus pandemic meant the season was moved to the spring.

Rather than wait for the spring, the U.S. youth international attacker decided to get a head start on her pro career and declare for the draft before playing a single minute in college.

"Washington State isan awesome school, awesome staff, awesome people. I fell in love as soon as I got there, but I think as Covidhit in the environment, I was just kind of feeling stuck in a way," Rodman explained.

"Obviously professional isa higher level than college and I knowI'm at a point right now where I couldbe at that level to get even better than I wouldbe in college, so I was just kind of like, 'let's just go, I want to get better. Let's go.'"