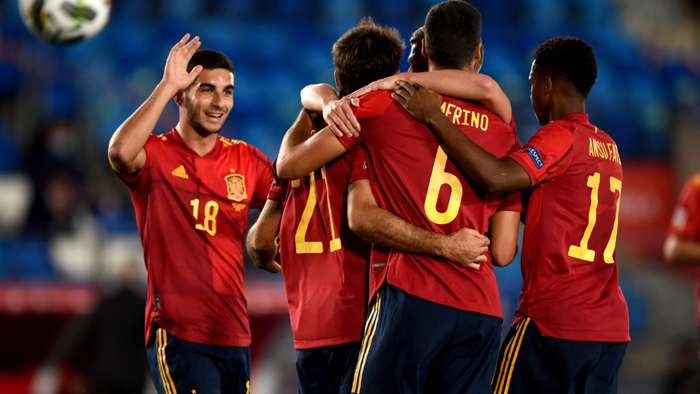 Spain will be aiming to consolidate top spot in Group Four of League A of the Nations League when they visit Ukraine on Tuesday evening.

La Roja recorded a comfortable 4-0 win when they faced Andriy Shevchenko's side last month and bet365 make the visitors clear favourites at 2/5 (1.40).

Injuries and coronavirus cases have left the Ukraine squad depleted and meant that Shevchenko has had to improvise in his team selection.

Despite that, they managed to run Germany close on Saturday night and what is likely to be another makeshift team looks set to line up against Spain on Tuesday.

The visitors could give a first start to Wolves' Adama Traore after he impressed from the bench in the two previous games, while Gerard Moreno could return up front.

While Spain recorded 4-0 win at home to Ukraine in September, we should not be rushing to back another high scoring encounter.

La Roja have only scored morethan two goals in 23 of their last 27 away games and those four fixtureswere against Liechtenstein, Russia, Wales and Faroe Islands, respectively.

The hosts may have some shortages in personnel but they managed to frustrate Germany with a depleted squad and they could do the same to a Spain side who are far less prolific on the road than they are at home.

Luis Enrique's men are unbeaten in their last 15 matches in all competitions so we should not necessarily expect an upset in Kiev, but opposing goals could prove a shrewd option.