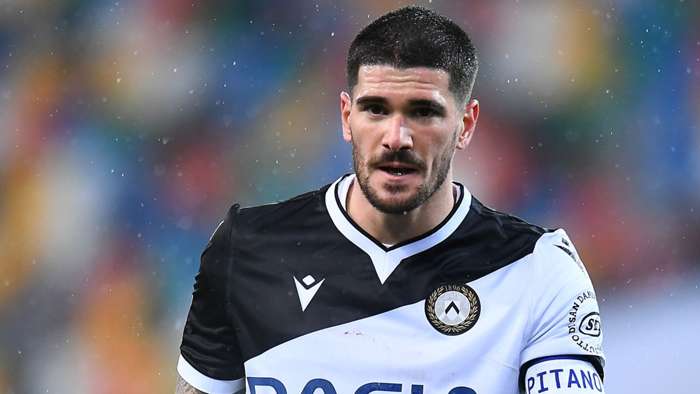 Udinese have not ruled selling Rodrigo De Paul in the summer following links with Liverpool in the January transfer window.

Liverpool were credited with an interest in De Paul last month along with Serie A giants Juventus and Inter, having seen the Argentine shine atStadio Friuli in the first half of the season.

De Paul's current contract at Udinese is not due to expire until 2024, but the club's sporting director Pasquale Marino has conceded that they may be powerless to prevent his departure later this year.

“He has characteristics that many top clubs in Europe are missing,” Marino told Italian broadcaster Radio 24.

“I hope it doesn't happen, but whoever signs him next summer will raise their team to a different level.”

De Paul, who was also strongly linked with Leeds United before the start of the 2020-21 campaign, has revealed that he informed the club of his intention to stay put amid persistent rumours surroundings his future during the winter transfer window.

“I don’t know when my last day here will be,” The 26-year-old told the club's official website.

“I will give everything for Udinese until that moment. There were many rumours about my future in January, but I immediately met the director to tell him I wanted to go nowhere.

“I closed doors for everyone, my daughter was born here, and my son is going to be born here, he will be Friulano.”

Udinese snapped De Paul up from Valencia on a permanent transfer back in 2016, and he has since appeared in 168 games for the club in all competitions, scoring 30 goals.

Five of those efforts have been recorded this term, with the Argentina international's most recent strike coming from the penalty spot in a 1-0 win away at Spezia on January 31.

Liverpool may be in the market for a new midfielder at the end of the season withGeorginio Wijnaldum's contract set to expire in June, and De Paul could emerge as a good option for the Premier League champions given his age and current value.

The Udinese star is reportedly worth around £30 million ($42m), but the Reds may not be the only club set to revive their interest in the playmaker, with Leeds likely to invest heavily in new talentonce again after a promising first season back in the top-flight.

De Paul hinted that he was keen on a move to Elland Road last September, and would have more chance of nailing down a regular spot in Marcelo Bielsa's side than Jurgen Klopp's, as competition for places at Liverpool continues to increase with each passing year.