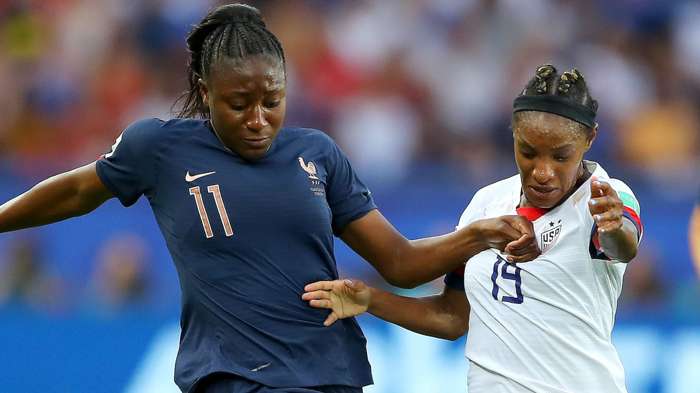 The U.S. womens national team has announced it will face France in a friendly on April 13 at Stade Oceane in Le Havre.

The match will be the second of a two-game European tour, with the USWNT facing Swedenin Stockholm on April 10.

After the two-game European swing, the USWNT will have just three matches remaining before head coach Vlatko Andonovski willname an 18-player roster for the summers Olympics.

“We feel really fortunate to be able to get these two games during the April match window,” Andonovski said in a news release.

“Playing France in France is one of the most difficult games we could schedule and that’s exactly what we are looking for in the lead-up to the Olympics.

"They have top-class players at every position, play an exciting style and will certainly be highly motivated.

"They will present a lot of challenges that we will have to overcome both defensively and in the attack.”

The match in Le Havre will be the first time the two sides have met since the 2019 World Cup quarter-final. Megan Rapinoe scored twice in that match to send the USWNT to the semi-final with a 2-1 win, eliminatingLes Bleues on home soil.

France defeated the USWNT3-1 in Le Havre in January 2019, the most recent defeat the U.S. has suffered. Since that match, the USWNT has not lost in 37 consecutive matches.

France will be the fourth opponent in the top 10 of theFIFA World Rankings that the USWNT has faced in 2021.

The USWNT took on Canada and Brazil at the 2021 SheBelieves Cup and will face fifth-ranked Sweden prior to the match at France.

Following the match against France, the USWNT will likely face three quality opponents at theTournament of Nations in June.