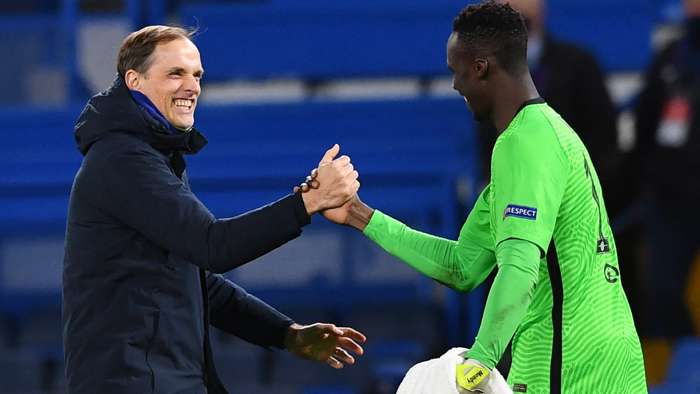 Thomas Tuchel has set a record for the longest ever unbeaten start by a Chelsea manager as he reached 13 straight matches without defeat to open his Blues tenure on Wednesday.

Hakim Ziyech and Emerson scored at Stamford Bridge as Tuchel continued his impressive start to life as Blues boss.

Chelsea were struggling in January when the club sacked Frank Lampard after a season and a half at the helm.

Tuchel was hired after he was let go by PSG the previous month, having achieved success with the Parisiens, as well as Mainz and Borussia Dortmund previously in his native Germany.

The 47-year-old has transformed Chelsea in his two months in charge, winning nine and drawing four of his first 13 games.

13 - @ChelseaFC are unbeaten in their 13 games under Thomas Tuchel in all competitions, the longest ever unbeaten start by a manager for the Blues in the clubs history. Methods. #CHEATM pic.twitter.com/uq5EO4GAdB

That run has eclipsed previous Chelsea record-holderLuiz Felipe Scolari, who went 12 games unbeatenin 2008 to start his tenure at Stamford Bridge.

Defence has been key for Chelsea,who have yet to concede a goal in six home games under Tuchel in all competitions, andhave kept 11 clean sheets in 13 games under the German.

Chelsea will take on Sheffield United on Sunday in an FA Cup quarter-final, before they face West Brom after the international break.

They will find out their Champions League quarter-final opponent on Friday when UEFA conducts the draw.