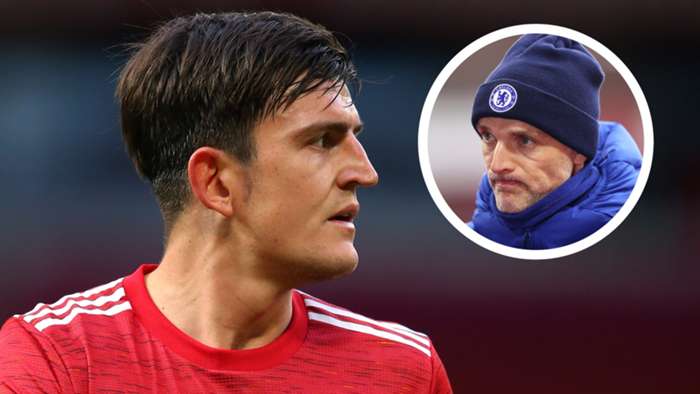 Harry Maguire says Manchester United will be going all out to “spoil” Thomas Tuchel’s unbeaten start to life as Chelsea boss when the Red Devils pay a visit to Stamford Bridge on Sunday.

They will have their work cut out against a rejuvenated Blues team, with Tuchel yet to come unstuck through eight games at the helm, but Maguire says the visitors will be “full of confidence” themselves.

United captain Maguire has told his club’s official website: “Obviously, Chelsea's going to be a tough game but we went there last year and won and we will be looking to do that again.

“They are keeping their position very nicely and build up really well and not conceding many goals, so it is a good start for them. We are hoping to spoil that.

“It is a great reaction to the change of manager. They are a great group of players with tonnes of talent and the money they spent in the summer, they are starting to gel, starting to tick, but we have got to look at ourselves, first and foremost.

“We go into the game full of confidence, full of belief. We will make sure we play to the ability of what we are capable of and go and get the three points.”

Maguire and Co. have every reason to feel optimistic heading into a crunch clash with Chelsea.

The Red Devils are unbeaten through their last eight games in all competitions, stretching back to a shock defeat at home to Sheffield United on January 27.

Since then, Solskjaer’s side have cemented a second-place standing in the Premier League while also reaching the quarter-finals of the FA Cup and last-16 of the Europa League – where they will be facing AC Milan and a reunion with Zlatan Ibrahimovic.

United will be eager to pick up a positive result from their visit to Stamford Bridge as they open up a testing run of fixtures.

A derby date with arch-rivals Manchester City will be taken in next weekend, with intriguing meetings with Milan, West Ham and Leicester set to follow hot on the heels of that short trip to the Etihad Stadium.