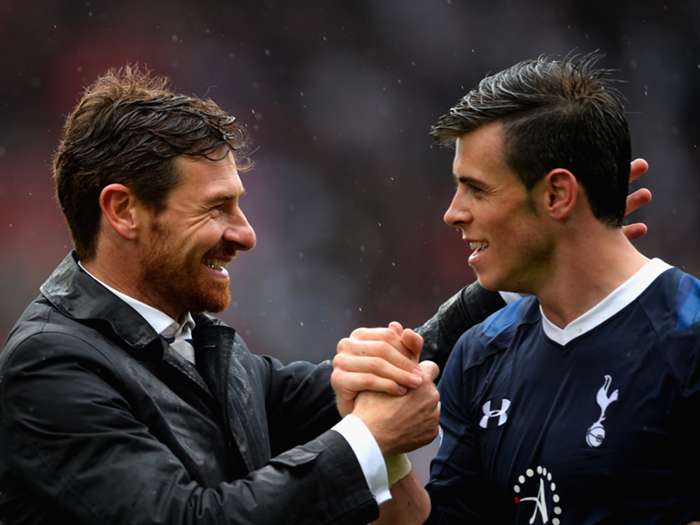 Former Tottenham head coach Andre Villas-Boas has revealed a conversation he had with Gareth Bale that ignited the Welshman's career.

The 2012-13 campaign was also Bale's final season with Spurs before his big-money move to Real Madrid, with the Wales star netting 21 Premier League goals during that season.

Villas-Boas has claimed some of the credit for the form which led to that transfer, saying a mid-season conversation with Bale helped change the course of his campaign.

“Gareth was feeling that he wasn’t unlocking his full potential," Villas-Boas explained to COPA90. “He came into my office one day and said, 'Boss, I'm not happy, things are not going well for me'.

“'OK,' I said, 'I can try and change to a 4-4-2 formation and you can play free at the top with Emmanuel Adebayor and I can move Gylfi Sigurdsson to the left, cutting in'.

“This is when he starts on that run of games where he scores, I think for five or six games in a row, and then the results exploded, and his career exploded from that moment on.”

Bale went on to spend seven seasons with Real Madrid, where he would win the Champions League four times and La Liga on two occasions.

The 31-year-old has now returned to Spurs on a season-long loan and could make his debut under Jose Mourinho on Sunday against West Ham.

Villas-Boas would move on to Zenit Saint Petersburg after leaving Spurs, before taking charge of Chinese outfit Shanghai SIPG and then Marseille, where he is currently the manager.

The 42-year-old also revealed two transfer targets that just slipped away from his grasp during his time at Spurs, which could have changed the trajectory of his spell in north London.

“I think Tottenham chairman Daniel Levy won't appreciate it too much, but we had Willian in our office watching the Champions League game together before he leaves the room and signs for Chelsea that night,” Villas-Boas said.