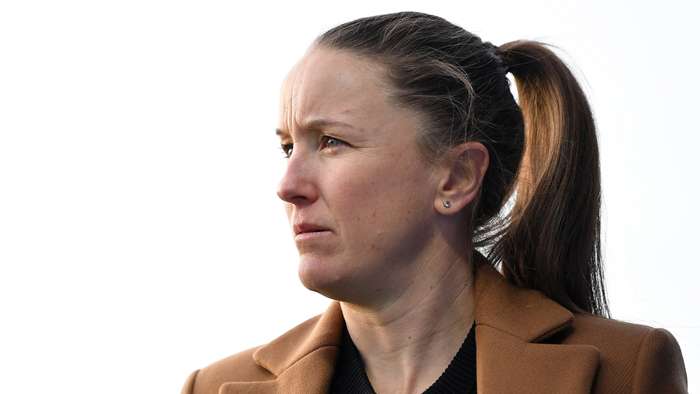 But ex-England international Chamberlain, who joined the United when they were formed in 2018, believes her old club will miss out on top spot due to lack of squad strength.

Tobin Heath, who has been key for Stoney’s side since signing in September, was ruled out for 10-12 weeks in Januarywith an ankle injury and Lauren James has also had spells out on the sidelines.

“I think Heath is key to it a title challengebut you also look at Lauren James, Alessia Russo, they’re big players for United," Chamberlain told Goal."They’re three players there who are key to Manchester United’s success and unfortunately they’re going to be without them for a period of time.

"Hopefully Lauren James won’t be out for too long but it’s definitely a massive blow considering they haven’t got a huge squad.

“That’s probably one of the biggest things for Manchester City this year. You look at the size of their squad, the depth they’ve got is fantastic. It’s up there trying to compete with the depth that Chelsea have got.”

United are coming up against City on Friday night in a crunch match at the Academy Stadium. Stoney’s side are looking to get back to winning ways after a disappointing 2-0 loss to Reading at the weekend, when theyconceded twice from set pieces.

“I don’t think you’ll be seeing defending the same. I think if Casey Stoney made any kind of impact by how she feels about that game Manchester United will make sure they’re defending set pieces properly,” Chamberlain explained.

“Casey is so meticulous in her planning and organising and making sure everything is done in a particular way. She will be very disappointed in the way those set pieces were defended and ultimately the way the game was lost. She’s got strong attention to detail so she’ll make sure her team are well drilled in understanding what she wants.”

Chelsea’s win against Arsenal on Wednesday night sent them three points clear of United at the top. With City two points behind Stoney’s side with a game in hand, a win for either side would send a strong message about their title credentials.

“I think the biggest thing for City is their mentality and their ability to come back. Everyone wrote them off, similar to the Premier League.” Chamberlain said. “You look at the players they have brought in.

"Lucy Bronze and Alex Greenwood they’ve come back from Lyon they’ve got that winning mentality, they’re competitors and the Americans that have come in they are winners, they’re the kind of players that will drive City on in the title challenge.

“For United, I don’t think if they lose it they’re out of the race. But if Manchester United lose two games in a row it’s a question of what it does to their mentality and do they still believe? A draw is not the end of the world, a defeat,how it hurts your mentality and belief more than it actually hurts your league position.”