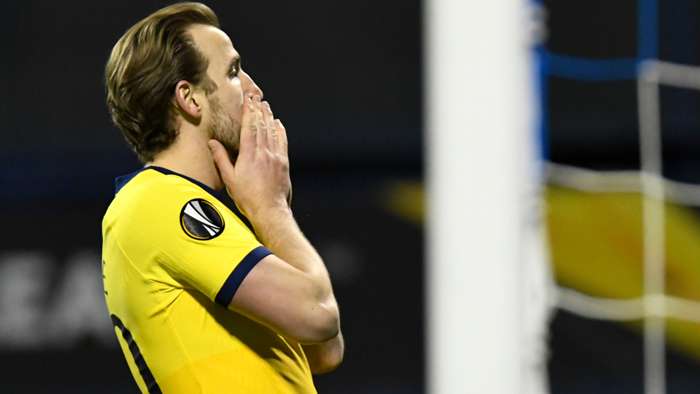 Glen Hoddle has ripped Tottenham apart for their "diabolical" collapse against Dinamo Zagreb, insisting "they lost the plot and lost their heart".

Spurs crashed out of the Europa League at the round of 16 stage after losing 3-0 to Dinamo at the Maksimir Stadium on Thursday night.

The Croatian club progressed to the quarter-finals 3-2 on aggregate, with Hoddle left questioning the desire and quality of Jose Mourinhos players after the final whistle.

"Spurs were diabolical tonight. Mentally they have got it wrong right through the game. I said, if Zagreb score I am expecting a reaction," the former Tottenham star told BT Sport.

"That is Spurs chance to respond but they went backwards. They went downhill instead of fighting. They should have upped the gears but they didnt.

"There is not enough quality in the team. Everyone was looking at each other. When it happens it is a disaster for a team. Hojbjerg not playing shows you what they need.

"A massive miss. He is one who leads and is always talking and demanding. They lost the plot but they also lost their heart."

Spurs were heavy favourites to reach the last eight of Europes elite competition after beating Dinamo 2-0 on home soil last week, but started the second leg in lethargic fashion as the hosts set about getting back into the tie.

Dinamo were eventually rewarded for their efforts when Mislav Orsic produced an unstoppable strike from the edge of the box just after the hour mark, and he went on to doublehis account andlevel the contest on aggregate in the 82nd minute.

Orsics expert finish from anIyayi Atiemwens cross ultimately forced extra time, and he completed his hat-trick in stunning fashion after the first 15 minutes of the additional timeproduced no goals.

Tottenham defenders will guilty of giving Orsic too much room as he drove through midfield before firing another unstoppable effort past Hugo Lloris, sparking wild scenes of celebration in the Dinamo dugout.