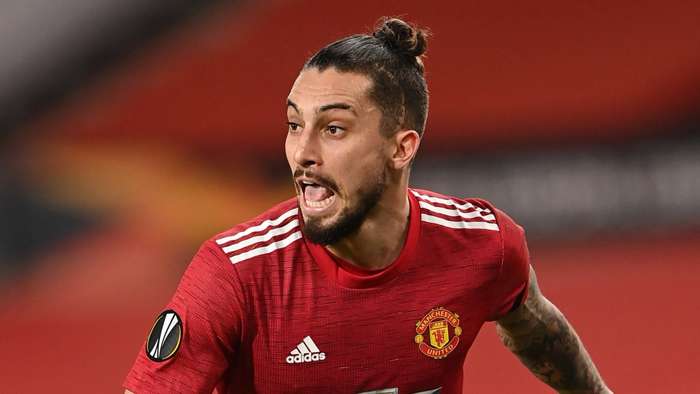 Alex Telles has a plan he believes will deliver Manchester United to victory over AC Milan, with the Brazilian looking for Ole Gunnar Solskjaer’s side to show no fear at San Siro.

A positive result is required from the Red Devils on Thursday in order to book their place in the quarter-finals of the Europa League, with theheavyweight contest currently locked at 1-1.

Telles believes United are more than capable of getting the job done on Italian soil, having dominated proceedings for long periods in the initial encounter at Old Trafford, and is looking for them to stick with an approach that has served them well in the2020-21 campaign.

“It wont be easy, Milan are a great team and are playing very well. Our biggest challenge will be to work hard from start to finish, faithfully following Oles instructions, and if we do this well definitely leave Milan with a positive result.

“I think the qualities we need for the next game are the same ones weve been showing, no change from what weve been doing - play together, united,with each player knowing their role.

“I think the most important thing is helping your team-mate out in whatever situation,if a team-mate is having a tough time well lift them up so we can get a good result. Also playing without fear, play the way weve always been playing, move the ball as quickly as possible and Im sure well get the goal.”

Edinson Cavani has been forced to withdraw from Solskjaer’s plans after initially being included in the Red Devils’ party. Fellow frontman Anthony Martial is also missing as he continues to nurse a hip complaint.

David de Gea and Paul Pogba are, however, back in contention and could make an immediate return to United’s starting XI after spells on the sidelines for fitness and personal reasons.

Having gone four years without securing major silverware, United are heading into a crucial stage of their season. The meeting with Milan will be followed on Sunday by a trip to Leicester in the last eight of the FA Cup.