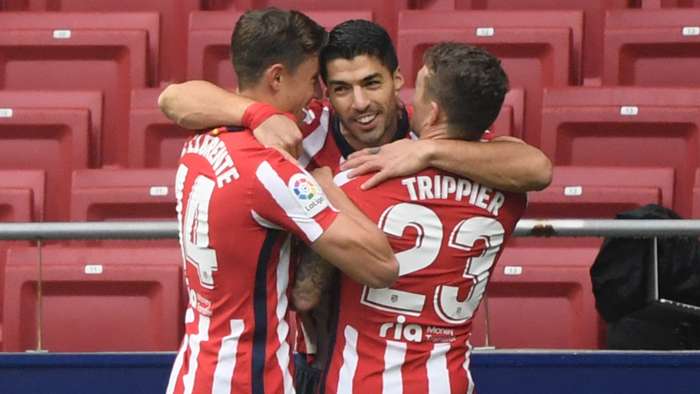 Luis Suarez's hot start to life at Atletico Madrid has seen him join a club occupied by only Cristiano Ronaldo as the Uruguayanfired yet another goal on Sunday.

Joao Felix opened the scoring for Atletico Madrid in the 23rd minute, just 12 minutes after Valencia initially took the lead on a goal from Uros Racic.

Suarez stepped up in the 54th minute to give Atletico Madrid the lead before Angel Correa's 72nd-minute goal all but sealed the result for Atleti.

With his goal on Sunday, Suarez found the back of the net for the 12th time this season, having only played 15 games to this point.

Suarez's start is the best start for a player at a new club in La Liga since Cristiano Ronaldo made the move to Real Madrid, scoring 13 goals in his first 15 appearances.

The Uruguayan made the move from Barcelona this summer, joining on a free transfer after being deemed surplus to requirements at the Catalan club.

“We have always thought Luis Suarez was the best center forward in Europe. We are lucky that he is with us and everyone is happy,” Cerezo said during a post-match interview withMundo Deportivo.

Atletico Madrid currently sit atop La Liga, having now amassed a seven-point lead atop the table.

Despite also having a game in hand, Atleti have that seven-point lead on their local rivals Real Madrid, who sit in second place, while Barca sit third, 10 points behind Suarez and co.

Next up for Atleti will be a visit to Cadiz on Sunday.