Southgate set to start Kane against Denmark despite Mourinho concerns 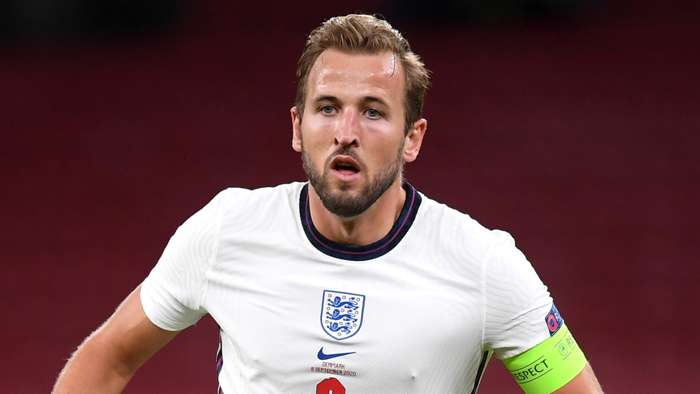 Gareth Southgate is hopefulHarry Kane will be fit to start for England when they meet Denmark in the Nations League on Wednesday.

Kane scored twice as Spurs dismantled Manchester United 6-1in the Premier League on October 4, before reporting for England duty later that day.

However, the 27-year-old had a scan on a thigh issue andwas not involved in a friendly match against Wales on Thursday, and started on the bench against Belgium on Sunday before replacing Dominic Calvert-Lewin in the 66th minute.

Despite Mourinho's concerns, though, England boss Southgate is confident his captain will be able to start against the Danes on Wednesday.

"Well, medically, there's been conversations, because that would always be the case," Southgate told reporters when asked if England had been in contact with Spurs.

"He reported on the Sunday, we gave players that reported on Sunday, who weren't involved in the Wales game for us, we gave them two days' recovery.

"He started to train on the Wednesday, was a little unhappy with how he felt, so then worked with our medical team the next couple of days, we scanned just to be certain but it's a muscular fatigue issue rather than an injury, so it just needed a bit more confidence.

"He knew by then he could push on a little bit, but he just needed a bit more confidence in it, and so his training week really wasn't suitable to start the game.

"I think he'll have gained more confidence from the spell he had against Belgium, and so all being well, we hope he'll be good to start on Wednesday."

It is not difficult to understand Mourinho's concerns, given Spurs' reliance on their star forward.

Of the games he missed, Tottenham won just three, scoring 12 goals in total, compared to 49 goals and 13 victories with Kane in the side, while he already has three top-flight goals and six assists to his name this term.