'Solskjaer parked the bus like Mourinho!' - Manchester United slammed by Ince for defensive tactics against Liverpool 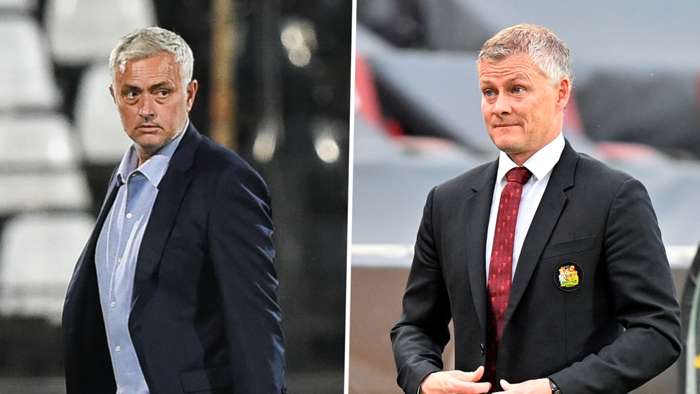 Ole Gunnar Solskjaer "parked the bus against Liverpool just like Jose Mourinho"according to Paul Ince, who has slammed the Manchester United boss for his defensive tactics.

Liverpool extended their unbeaten home record to 68 games by securing a 0-0 draw, with the Red Devils leaving it too late before putting their foot on the gas in a tense encounter.

Solskjaer's side allowed the hosts to dominate possession throughout the first half, and it wasn't until the final 20 minutes of the game that United went for the jugularas Bruno Fernandes and Paul Pogba both saw clear paths to goal blocked by Reds No 1 Allison, who ultimately managed to record his fifth clean sheet of the season.

Mourinho, who is currently plying his trade at Tottenham,took a pragmaticapproach to games against Liverpool when he was in charge at Old Trafford, and Ince was disappointed that Solskjaer followed the same blueprint in a game in which he felt United should have tried to set down a marker in the title race.

“You could see the game plan with Manchester United, you saw it from the first whistle – they defended very, very deep,” the former Red Devils midfielder told talkSPORT. “I thought United were very poor in the first-half.

“I remember a few years ago when Mourinho took United to Anfield, he parked the bus and got absolutely slaughtered for it – that’s exactly what Ole Gunnar Solskjaer did in the first-half.

“We knew they were going to defend and rely on their quick players like Anthony Martial and Marcus Rashford to counter-attack Liverpool, but I’ve played in Man United teams, youdon’tgo to Anfield to defend.

“Especially at a time where they’ve got two of their best midfield players playing at centre-half and they haven’t scored in the last two games.

“I wanted to see them have a go at Liverpool, because they were there for the taking.

“This was an opportunity for Man United to go there and show what they were all about, but they just sat deep and it disappoints me.”